Ok, who else is having major Squid Game withdrawals and needs second season right now?

It seems the powers that be at Netflix agree, because we may hear an announcement of confirmation soon!

Creator Hwang Dong-hyuk has let it slip in an interview with Korean Broadcasting Service that he’s “in talks with Netflix over season 2 as well as season 3″ and “We will come to a conclusion [some] time soon.” He hints that the planning may be further along than we think, “We know that many people are waiting, so everyone is working hard to prepare for the next season with a positive outlook.”

Netflix has weighed in saying, “It’s true that we are discussing a wide variety of possibilities for ‘Squid Game,’ including the production of a Season 3, but nothing has yet been set in stone.”

According to Korean pop culture website Soompi, Hwang also lets us in on what the potential plot of season 2 could be: “The focus [of the season] will be the story of [Lee Jung Jae‘s character] Seong Gi-Hun unraveling [the mysteries of the organisation behind the game],” he shared. “The overarching plot line of Season 2 will be the story of the people that Gi-Hun meets and the people he chases after.”

We leave the end of season 1 with Gi-Hun (in his bright new hairstyle) deciding not to board the plane to the US to visit his daughter, after he comes across the secret organisation’s scout luring in another potential contestant on his way to the airport. He seems set on revenge and could be looking to infiltrate the new games.

Although the plot sounds fascinating, we are wondering how the show will work with that fact that it killed off about 99.75% of its cast, including fan favourites like Ali, Sae-Byeok, and Il-Nam. Either way, we can’t wait to see where Gi-Hun’s story takes us next!

Who’s ready to go back to the game? 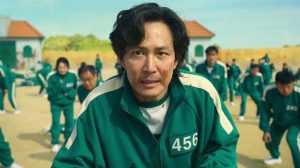 The Sex And The City Reboot Has Been Released... And Includes A Shocking Death!

Here’s What We Know About 'Selling Sunset' Season 5

Sex and The City Reboot Trailer Released, And Just Like That... Teases The Fate Of One Couple!