Prince William and Kate Middleton may have been married for over a decade, welcoming three children along the way, but they have finally posed for their first official joint portrait.

The Duke and Duchess of Cambridge unveiled their portrait to the public at the University of Cambridge’s Fitzwilliam Museum on Thursday (June 23).

Painted by award-winning British artist Jamie Coreth, the portrait was commissioned in 2021 by the Cambridgeshire Royal Portrait Fund as a gift to the Royals’ namesake of Cambridgeshire, per People.

In the grand painting, a regal Prince William, wearing a tailored dark suit with blue tie, stands next to his wife, who is glowing in a tea-length metallic emerald green dress with ruffled hems by The Vampire’s Wife and matching green heels. The Cambridges shared the stunning portrait on their official social media accounts saying the were “delighted” to see the portrait unveiled to the public.

Delighted to see this new portrait unveiled at the @FitzMuseum_UK in Cambridge today!

Coreth also posed alongside his masterpiece, explaining his creative approach to the portrait.

“It has been the most extraordinary privilege of my life to be chosen to paint the picture,” he said. “I wanted to show Their Royal Highnesses in a manner where they appeared both relaxed and approachable, as well as elegant and dignified.” 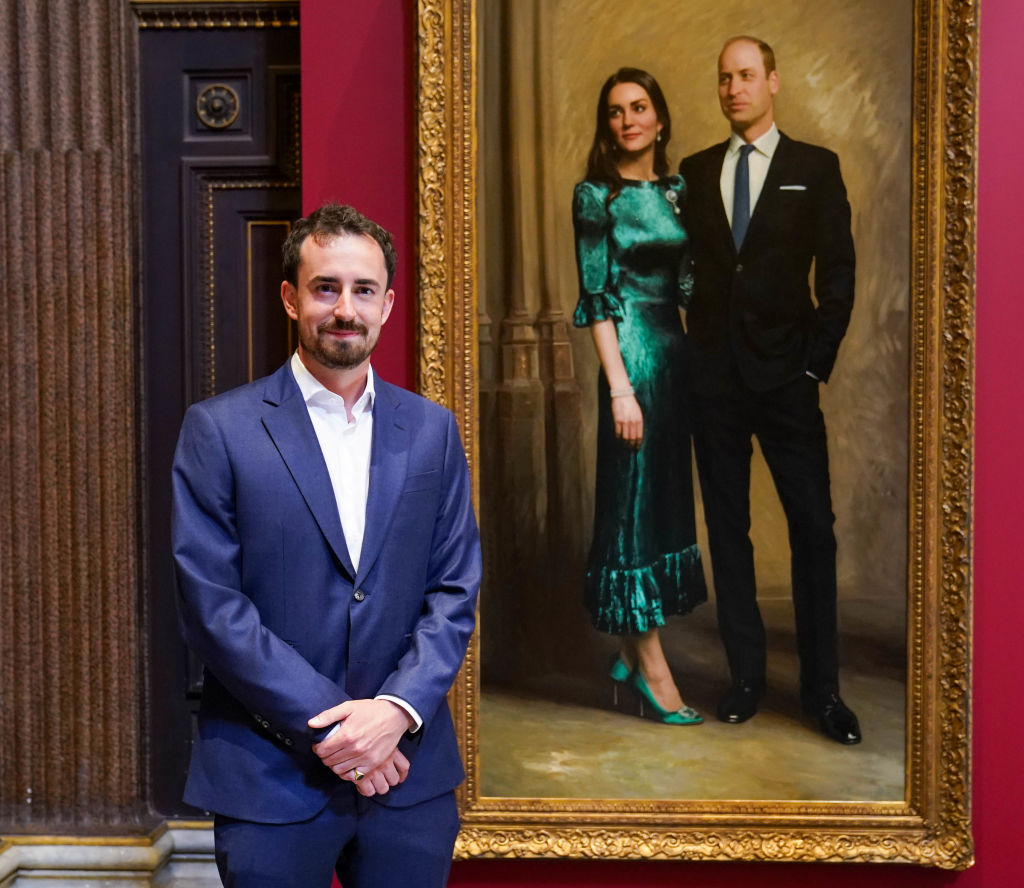 He continued, “As it is the first portrait to depict them together, and specifically during their time as The Duke and Duchess of Cambridge, I wanted the image to evoke a feeling of balance between their public and private lives. The piece was commissioned as a gift for the people of Cambridgeshire, and I hope they will enjoy it as much as I have enjoyed creating it.”

The Heartbreaking Meaning Behind Eleven's Blue Bracelet In Stranger Things