Paul McCartney delivered a star-studded performance during his Glastonbury Festival set over the weekend, bringing out music legends Bruce Springsteen and Dave Grohl for a truly memorable night. 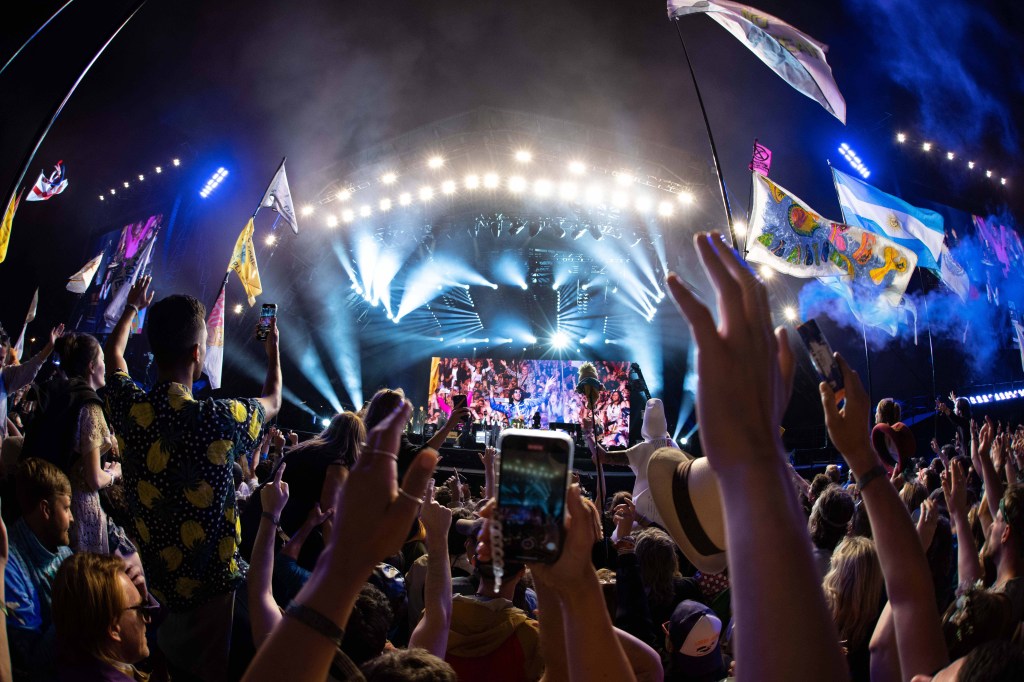 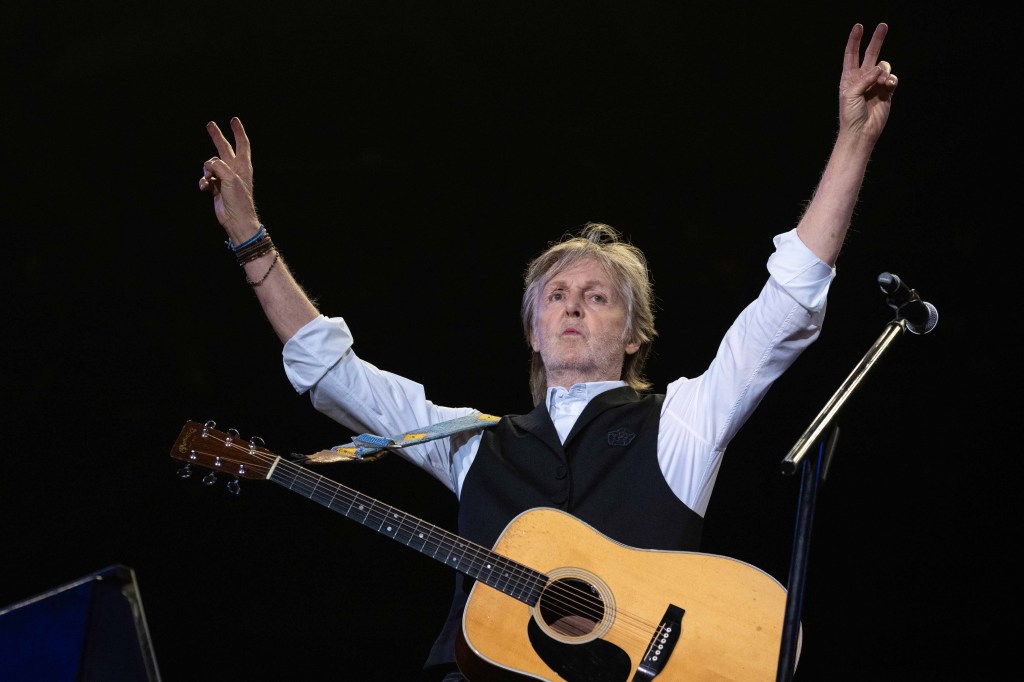 The former Beatles member introduced Grohl just after he finished up playing “Get Back.”

“Now, I’ve got a little surprise for you,” he teased the audience. “Your hero from the west coast of America – Dave Grohl!” 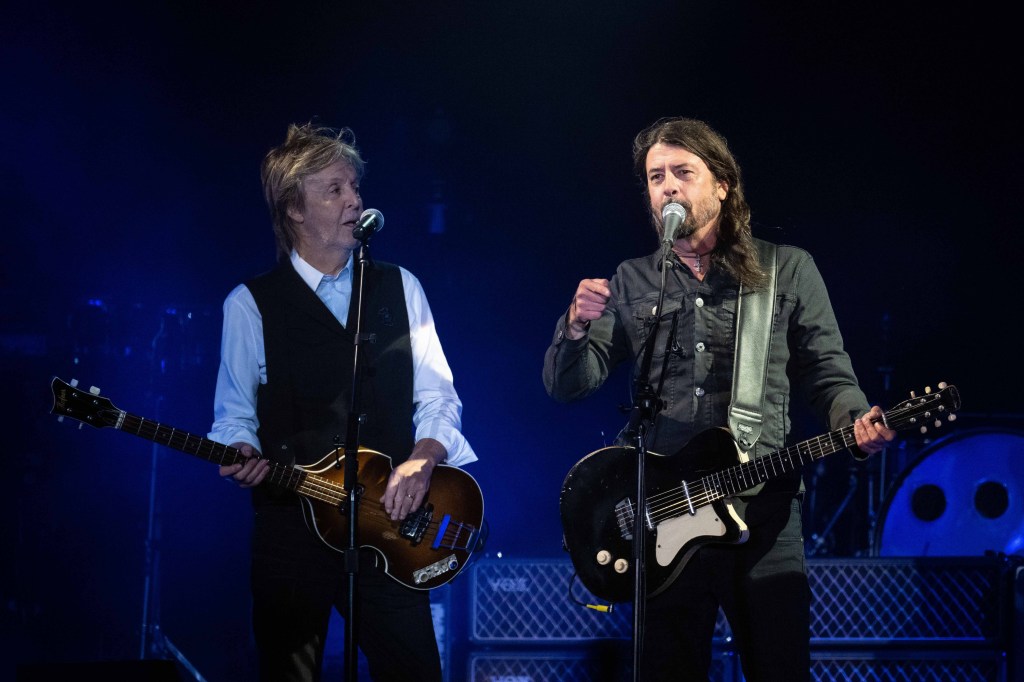 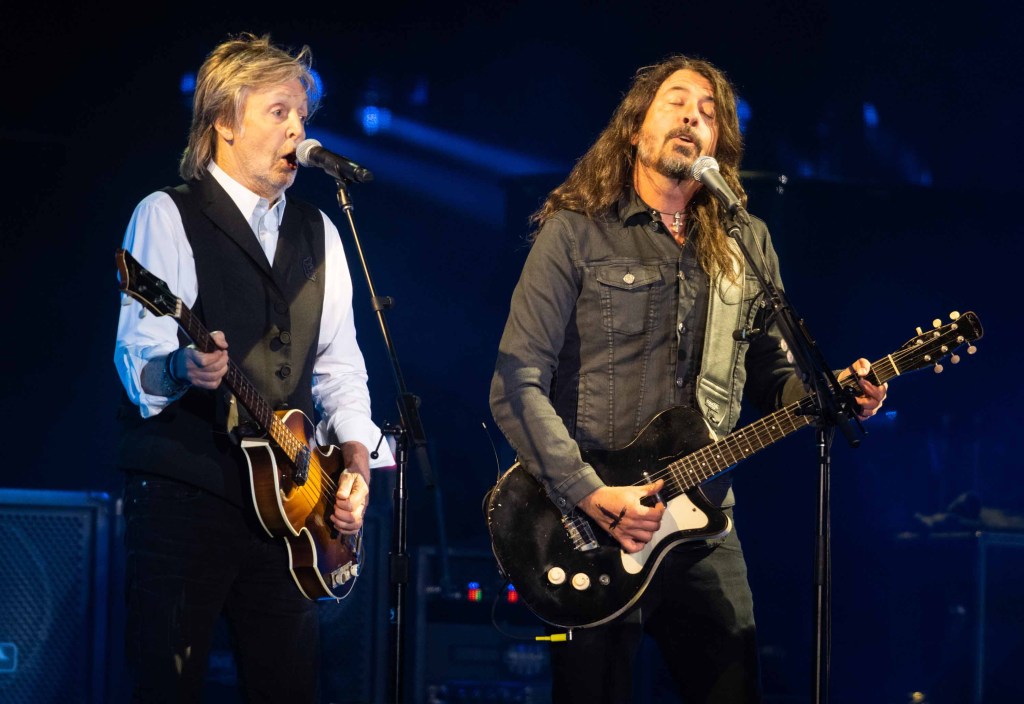 The duo then moved into playing “I Saw Her Standing There” by The Beatles and “Band On The Run” by Wings.

It was Grohl’s first on-stage performance since the death of his bandmate Taylor Hawkins.

Springsteen then joined him on stage for performances of “Glory Days” and “I Wanna Be Your Man.” 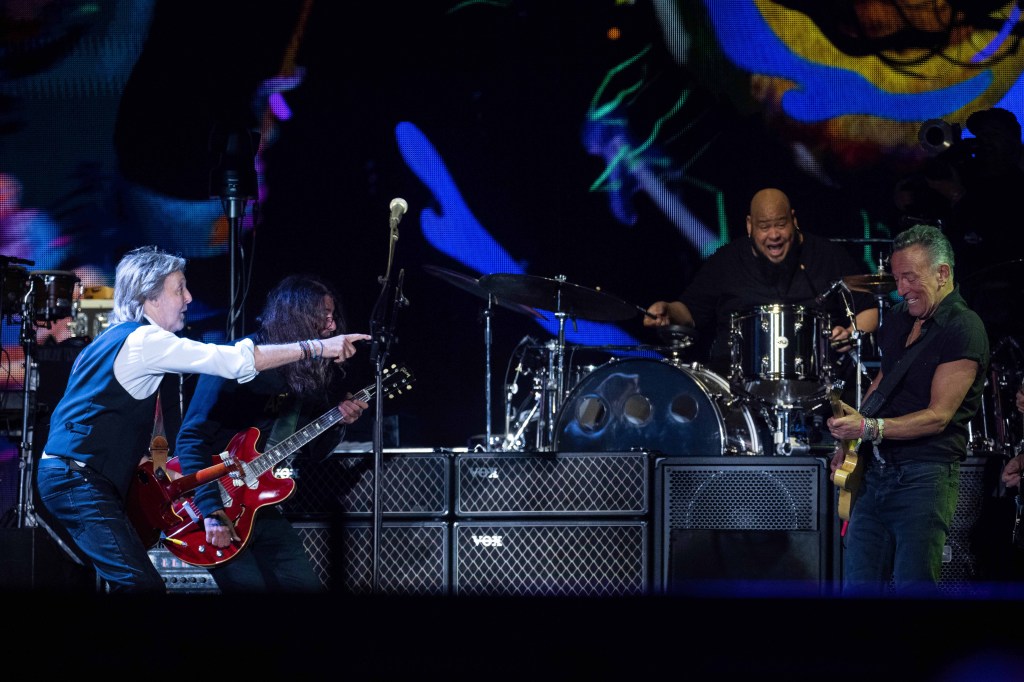 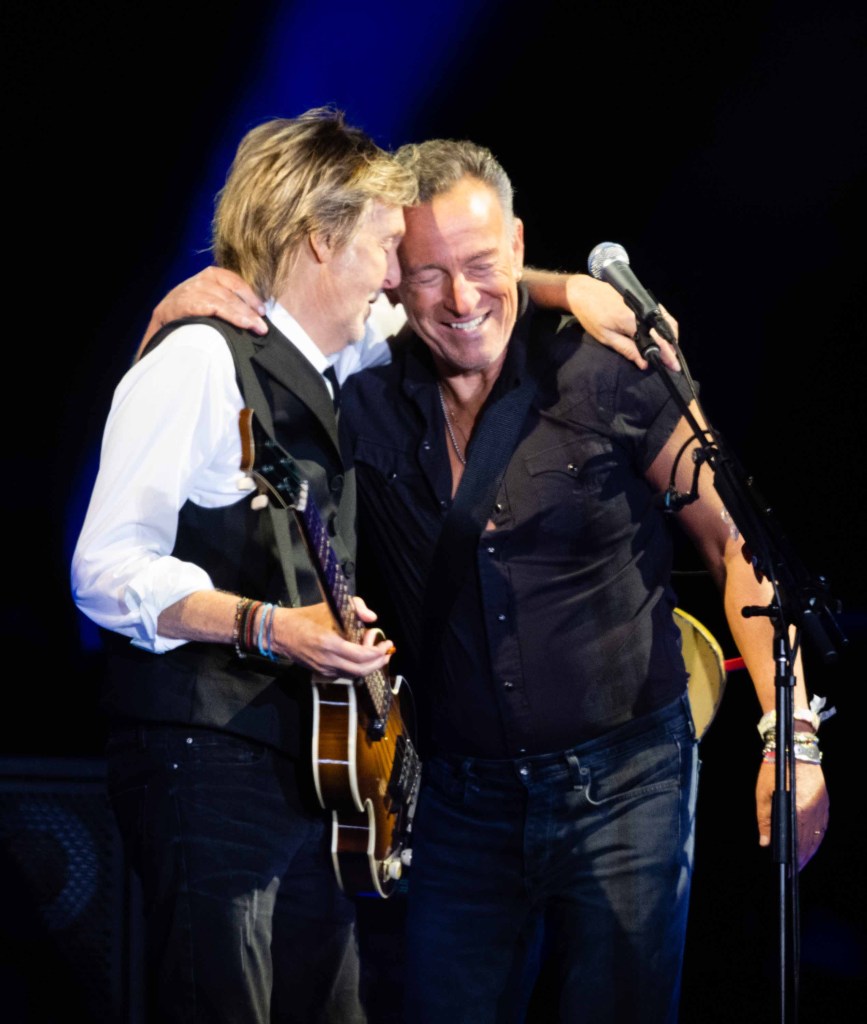 After finishing up their performance, McCartney told Springsteen, “Are you kidding? Thank you for coming, man.” 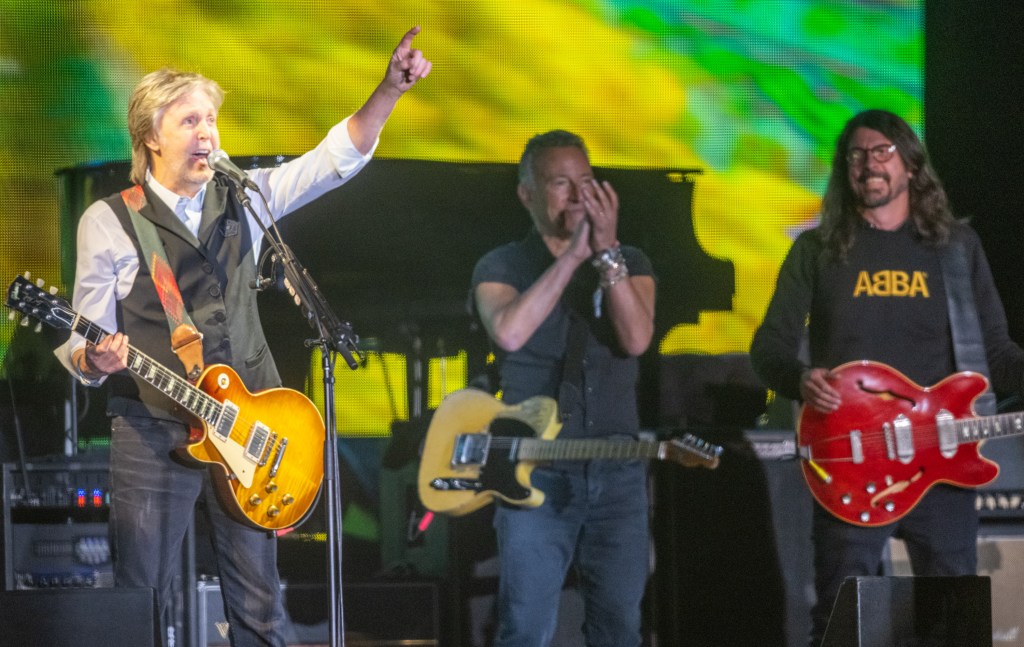 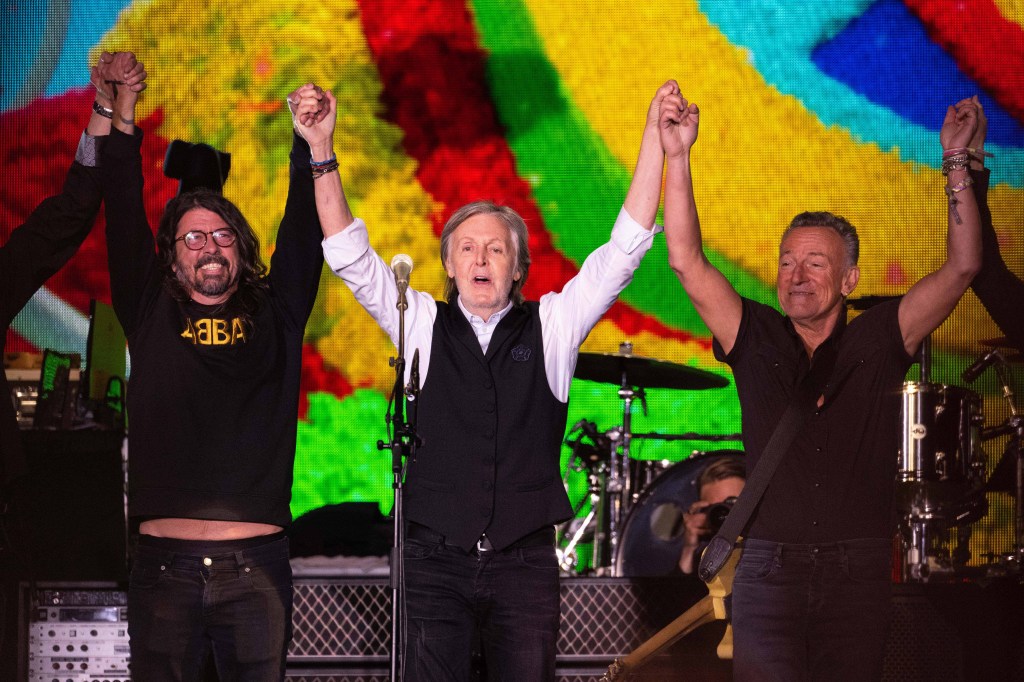 More than 200,000 descended on the English countryside as the Glastonbury Festival returned after a three-year hiatus… 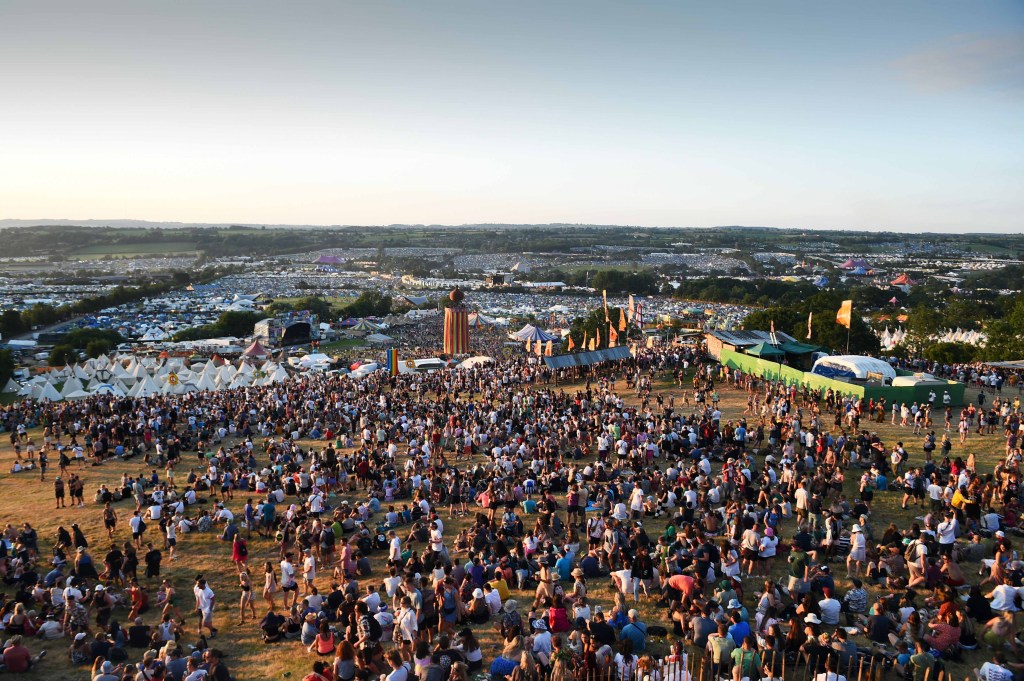