Over 2,600 people have signed a petition to get Johnny Depp’s lawyer Camille Vasquez to replace Amber Heard in the upcoming Aquaman sequal.

“Although Amber is a ‘credible’ actor and has actually demonstrated it on many occasions, not just in films or ‘perhaps’ on the stand,” the petition reads.

“If Camille is half the actor she is as a lawyer this will be an absolute blockbuster of a film.” 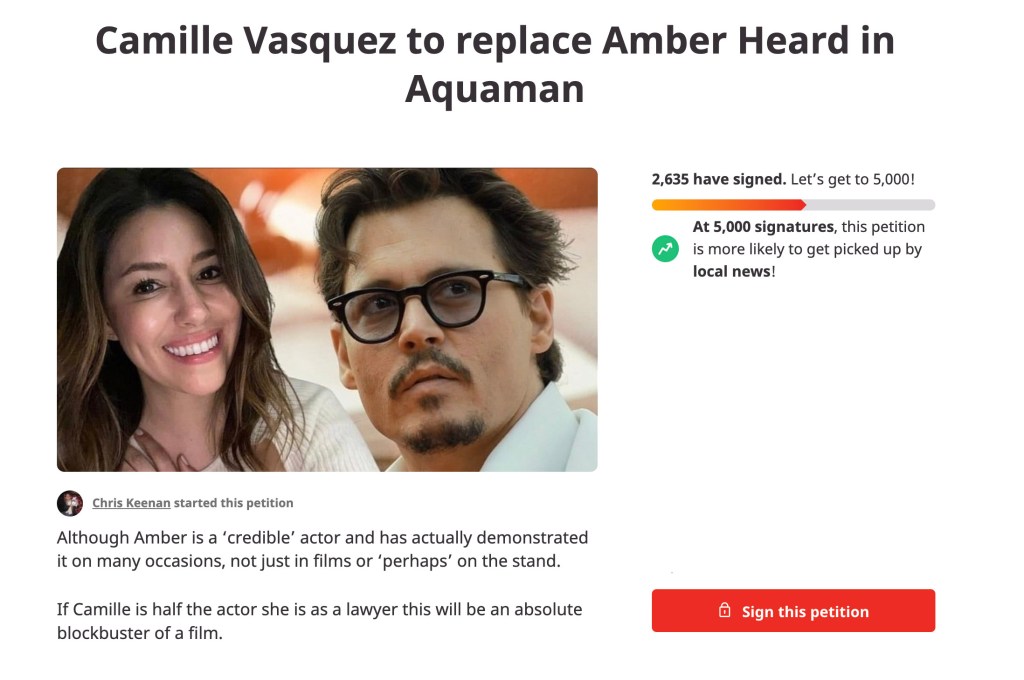 On Thursday, a Virginia jury ruled that Amber Heard defamed her ex-husband Johnny Depp in a widely watched six-week US trial that featured explicit and graphic evidence and testimony detailing the former Hollywood couple’s soured relationship.

The jury awarded Depp $US15 million ($A21 million) in damages from Heard.

Another petition – which has received close to 4.5 million signatures – is calling for Heard to be removed from the Aquaman sequel altogether.

“Amber Heard has been exposed as a domestic abuser by Johnny Depp. In his $50 million lawsuit, Johnny Depp describes many incidents of domestic abuse that he suffered at the hands of his (then) wife Amber Heard,” the petition states.

“As Amber Heard is a known and proven domestic abuser, Warner Brothers and DC Entertainment should and must remove Heard from their Aquaman 2 film project. They must not ignore the suffering of Heard’s victims, and must not glamorize a domestic abuser.”

It concludes with, “Do the right thing. Remove Amber Heard from Aquaman 2.”

A J-Lo Doco Is Coming To Netflix In June - Check Out The Trailer Here!