Australian retail employees, including Target and Woolworths, have reportedly started trialling body cameras in selected stores in a bid to protect themselves from abusive customers.

Signage at one Target store in Queensland said the cams worn by staff were “to keep our team and community safe”.

“These cameras will be worn by selected team members and turned on only in the event of an escalating situation where they feel there is a threat to their safety,” the sign said.

“The cameras capture video recordings only and the footage is only accessible by Target leadership and security teams, and where appropriate law enforcement agencies.” 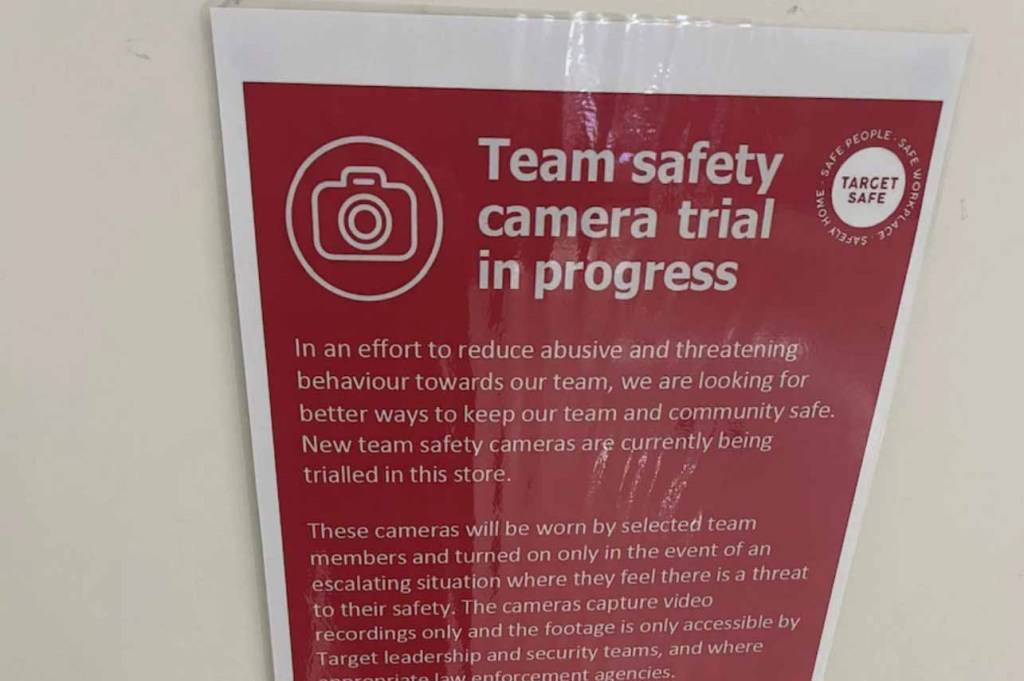 “Predominantly, it is major retailers that are implementing technologies like this, mainly because obviously there’s a certain amount of cost involved,” she said, citing CCTV cameras and other deterrents.

“More and more, what we’re seeing is aggression towards retail workers … we know there has been quite a spike around the use of weapons in retail crime and now it’s very much about keeping retail workers safe.”

She added there was no excuse as to why anyone should face this kind of behaviour.

Staff wearing the body cameras will advise customers if and when the device is turned on.