Grace Tame has broken her collarbone in a bike crash, saying she was hospitalised after the accident on Thursday.

The former Australian of the Year shared a photo with her left arm in a sling saying she’d broken the bone in a “bike stack”.

She also suffered a scrape on her shoulder.

“Out of hospital now and on the mend,” she added, tagging her partner Max Heerey. 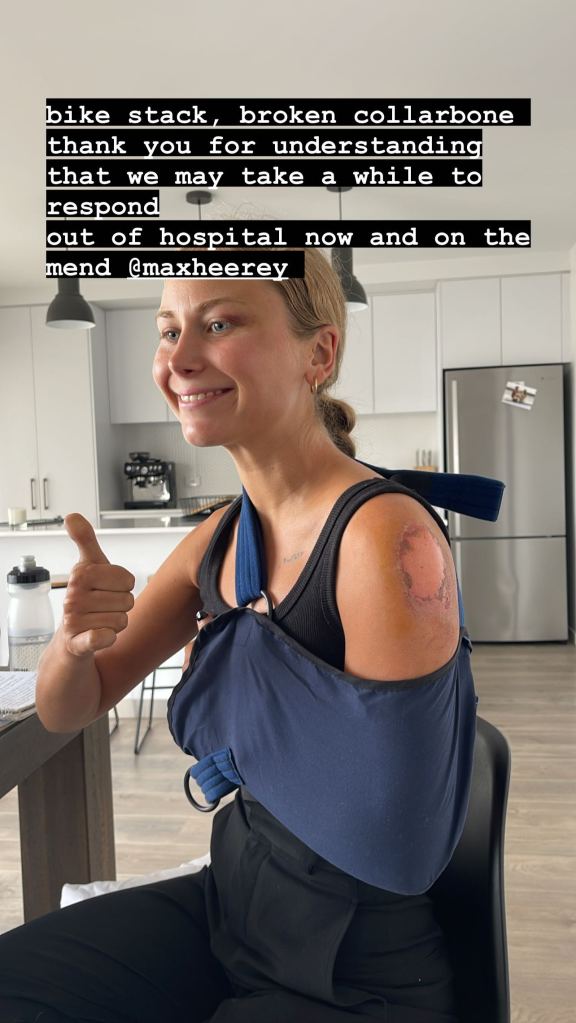 Ms Tame, who recently launched the Grace Tame Foundation, said her and Mr Heerey may take a “while to respond” to followers.

She is due to address the National Press Club on Wednesday, alongside Brittany Higgins.

Last week Ms Tame made headlines after appearing alongside Prime Minister Scott Morrison at a morning tea for Australian of the Year finalists, after she didn’t smile during a photo opportunity.

Ms Tame was called “childish” by one senior Liberal.

Mr Morrison said after the event he supported Ms Tame’s work as an advocate during her time as Australian of the Year.

“When Jenny and I invite someone to our home, we greet them with a smile and they’re always welcome, and that day was actually about all the finalists we came to celebrate,” he said.

“I haven’t raised any issues about (the incident) – all I’m saying is we were there that day to celebrate those who had done an incredible job for our country.”