A woman who took a dangerous selfie while aboard a cruise ship has been banned for life by the cruise company.

The unnamed woman was spotted by a fellow passenger on board one of the biggest passenger ships in the world, the Royal Caribbean ship Allure of the Seas, as it was approaching Labadee, Haiti, earlier this week.

“While on my balcony, I saw the woman climb on her railing. It happened so quickly,” Peter Blosic told CNN.

“Not knowing what her intentions were, I alerted the crew. If I said nothing, and she was going to jump, that would be horrible.” 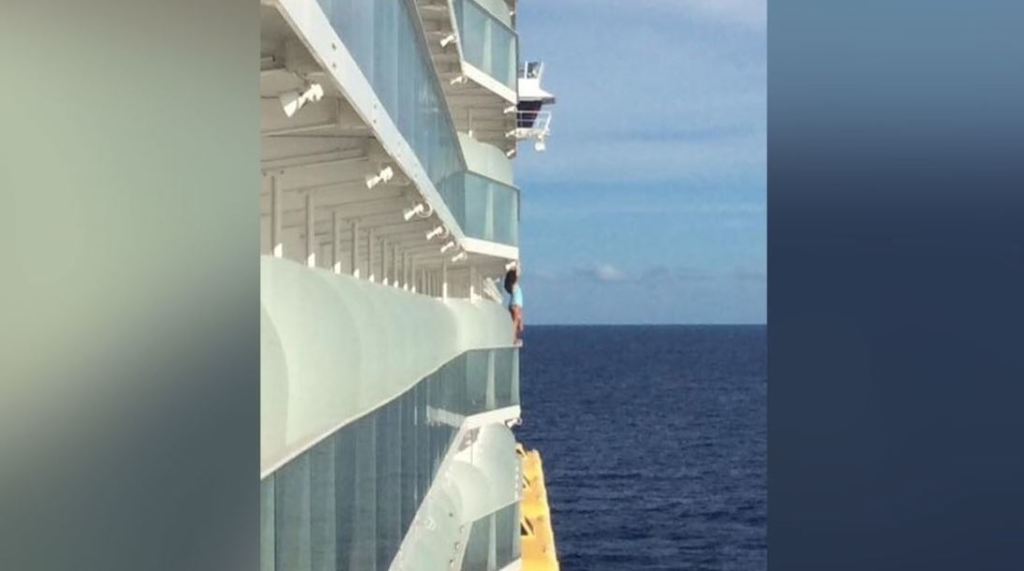 He later posted a photo of the woman, wearing blue bathers with her hands over her head, on social media, where he labelled her an “absolute idiot”.

The crew tracked her down and removed her after the ship docked in Jamaica.

A Royal Caribbean spokesperson said in a statement:

“Earlier this week on the Allure of the Seas a guest was observed recklessly and dangerously posing for a photo by standing on her stateroom balcony railing with the help of her companion. Security was notified and the guests were later debarked in Falmouth, Jamaica as a result of their actions and are now banned for life from sailing with Royal Caribbean.”

On its website, Royal Caribbean says that “sitting, standing, laying or climbing on, over or across any exterior or interior railings or other protective barriers” is not permitted, for guests’ own safety.