Sydneysiders were left shaking their heads last night after a twenty-minute firework display was held in Sydney Harbour, despite a total fire ban being in place.

Over the past week, wild bushfires have caused havoc, with unprecedented blazes causing widespread damage and destruction throughout the eastern seaboard.

Strong winds and extreme temperatures prompted a “catastrophic” fire danger rating for the greater Sydney region for the very first time. A total fire ban remained for all of New South Wales on Wednesday.

However, a firework display was seen over the CBD just before 10pm.

One of the best fireworks displays of the year. 👏👏👏 pic.twitter.com/8GtkXJeIKe

Sydneysiders have slammed the fireworks, calling it “hypocritical” and “insensitive”.

“How are fireworks ok during a total fire ban?!” one resident tweeted.

Another added, “What needed to be celebrated that this was worth happening during a total fire ban?”

“Wtf?!?! So tone deaf. Exemption or not what about common sense – what was so important???” wrote another.

Another slammed the decision, calling it “disgraceful”.

“Disgraceful… people have died…. and 1000s of firefighters are still battling blazes utterly exhausted …. no more fireworks until the NDW State of emergency is lifted,” they tweeted. 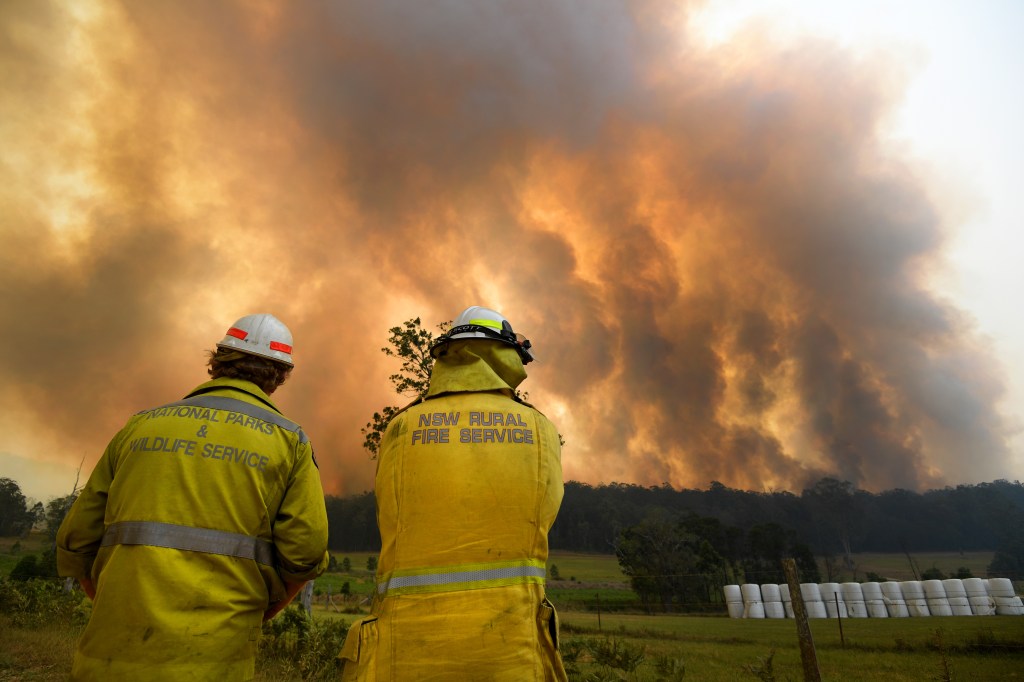 The latest on the NSW bushfires: