Queen Elizabeth has given her blessing to grandson Prince Harry and his wife Meghan’s wish for a more independent future following crisis talks involving the most senior members of the royal family.

The head of state announced there would be a “period of transition” with Harry and Meghan – who have said they want to be financially independent and step back as senior royals – living in Canada and the UK.

The Queen was joined at Sandringham by the Prince of Wales and Prince William – the Duke of Cambridge – for the face-to-face talks with Harry and described them as “very constructive”.

MailOnline has carefully deconstructed the statement, focusing on what it could reveal about the future of the Sussexes. 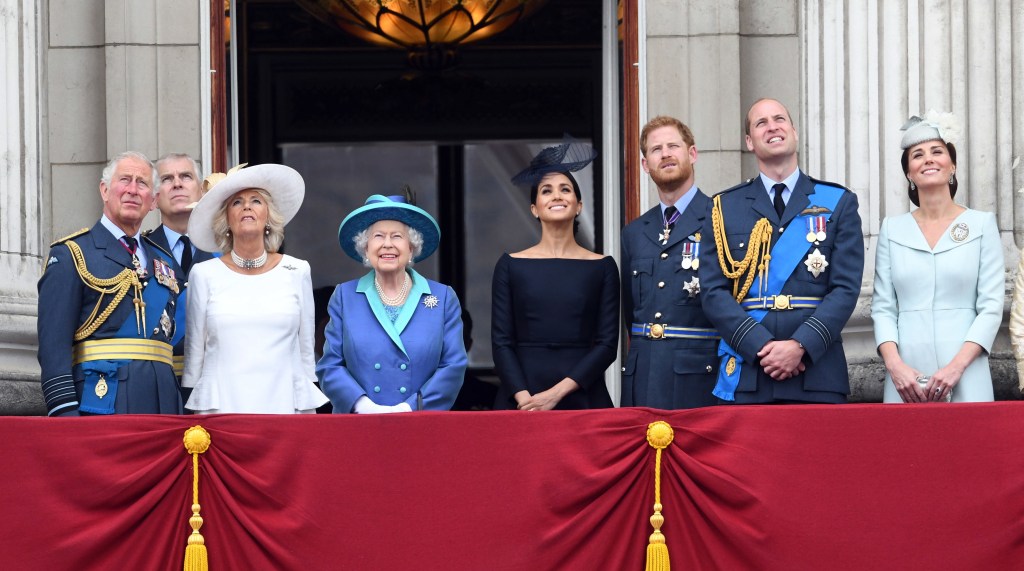 “My family and I are entirely supportive of Harry and Meghan’s desire to create a new life as a young family.”

Jack Elsom for MailOnline suggests that this is a “deliberate attempt” to sooth any rumours of an uproar, “particularly from Prince William who was ‘incandescent’ and Harry’s blindsiding of him in his decision to quit.”

The Queen’s reference to “Harry and Meghan”, rather than “the Duke and Duchess of Sussex”, could suggest that the couple could be stripped of their titles.

“Although we would have preferred them to remain full-time working Members of the Royal Family, we respect and understand their wish to live a more independent life as a family while remaining a valued part of my family.”

The Queen is obviously disappointed with the couple’s decision, but this also allows room for the couple to perform some “pared-back duties in the future.”

“Harry and Meghan have made clear that they do not want to be reliant on public funds in their new lives.”

This appears to give Harry and Meghan freedom to pursue commercial deals. The pair currently receive money from Prince Charles’ estate ‘The Duchy of Cornwell’.

“It has therefore been agreed that there will be a period of transition in which the Sussexes will spend time in Canada and the UK.”

The couple are referred to as ‘the Sussexes’, indicating they will keep their titles during this window.

“These are complex matters for my family to resolve, and there is some more work to be done, but I have asked for final decisions to be reached in the coming days.”

The publication agrees that this is an “unprecedented crisis for the Family which is far from over.”

The Queen is waiting for the storm to pass, and has consequently asked her courtiers to double down on efforts to reach a solution. 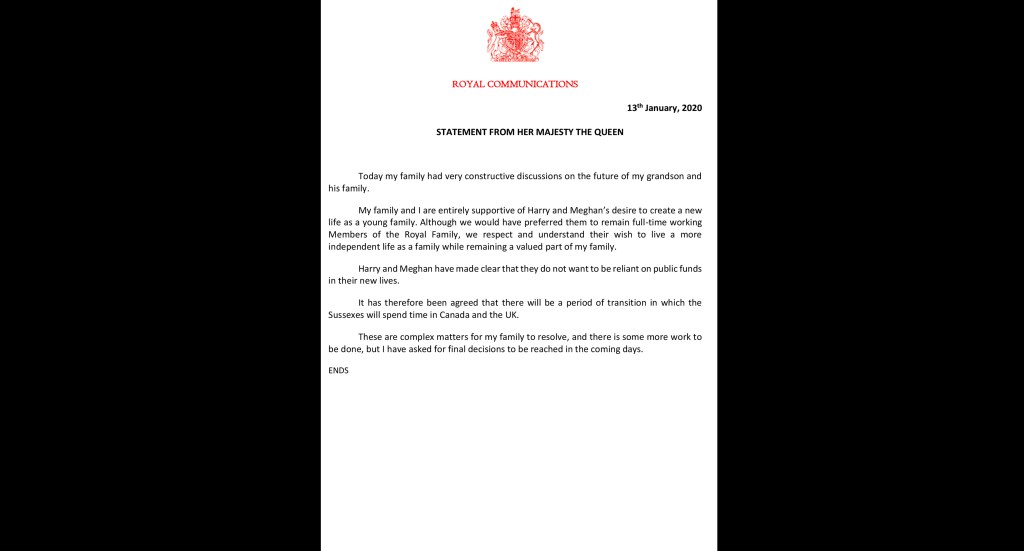 This is a handout photo issued on Monday, Jan. 13, 2020 by Buckingham Palace of a statement by Britain’s Queen Elizabeth II on the future of Prince Harry and Meghan, the Duchess of Sussex. Queen Elizabeth II says she has agreed to grant Prince Harry and Meghan their wish for a more independent life that will see them move part-time to Canada. (Buckingham Palace via AP)