Scott Morrison decided he wants to be best friends with the Queen (fair enough) and has spilled the tea during his meeting with her during his UK visit.

Our Prime Minister, Scott Morrison was lucky enough to be the first person received by Queen Elizabeth II in the Oak Room since the pandemic put a pause to visitors. Having attended a G7 dinner over the weekend, Scomo had some juicy gossip. 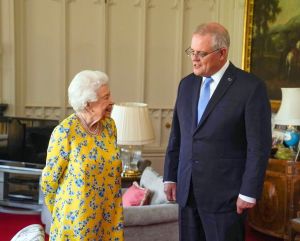 After a quick snap with the Queen for the cameras, Scomo got straight to the juicy stuff, OMG I heard Harry is uninvited to Christmas!

Okay fine, he didn’t actually say that, but he did say “everyone was talking about you at the dinner last night.” That’s some SPICY stuff Scomo. 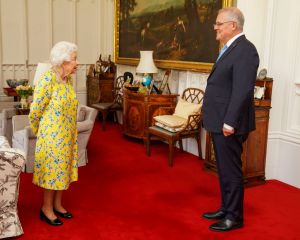 In the seemingly awkward convo, Scomo revealed that during the G7 dinner everyone was indeed speaking about the Queen. “You were quite the hit, everyone was talking about you at dinner the next night.”

The Queen, obviously startled by this spicy tea, looked to the ground and replied, “Oh Lord, were they really?” Clearly baffled by the idea that the world’s prominent figures were talking about her, The Queen!

If my sarcasm isn’t abundantly obvious, I just want to make clear that I am being sarcastic.

I mean surely Scomo could’ve spoken about something other than people talking about the Queen, like the weather or how he matched his suit jacket to his pants.