A bird has been blamed for the disappearance of a whole bunch poppies from the Tomb of the Unknown Soldier in Canberra.

The poppies were stolen by a pigeon who has spent the past few days making a stunning nest in The Hall of Memory.

Staff had noticed the poppies going awol in early October, but it wasn’t until a few weeks later that a maintenance worker spotted it. 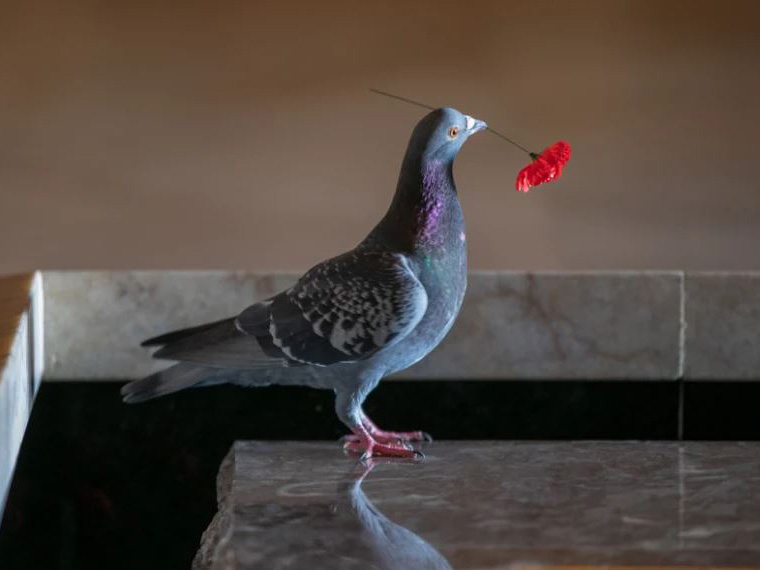 The memorial told the Sydney Morning Herald that the wounded soldier symbolised the quality of “endurance”, and that the nest of poppies was a “reminder of the powerful bond between man and beast on the battlefield”. 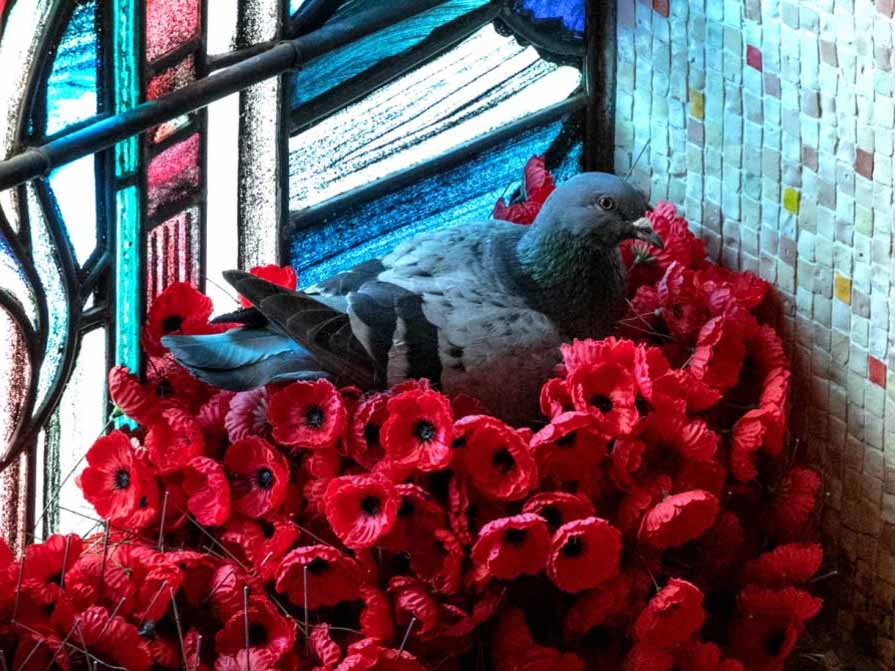 “So pigeons are particularly of use in warfare when you’ve got a couple of men trying to get a message from where they are back to the backline; a pigeon can get that through sometimes when nothing else can.”