A man has been captured cleaning his dog in a public bubbler at Rushcutters Bay Park in Sydney’s East.

Video uploaded to Facebook shows the man picking up his small white dog and washing it in the drinking fountain before placing it on the ground.

Yahoo News Australia claims that over six people asked the man to stop. 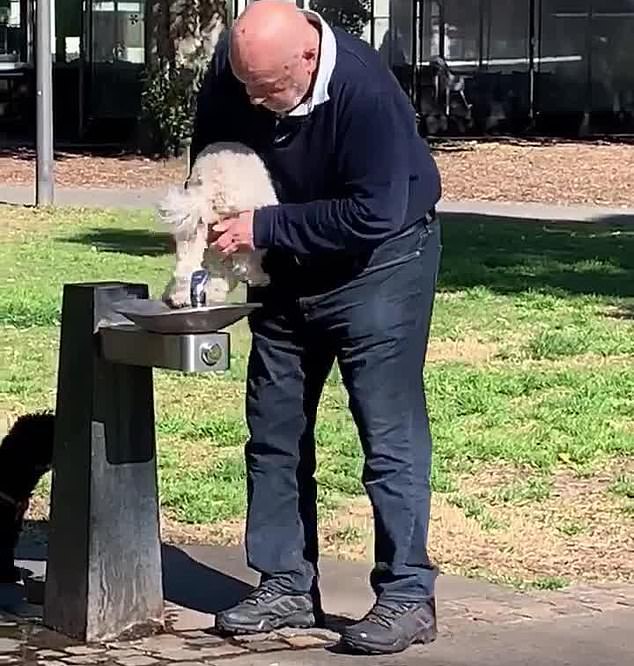 “He was lifting its tail and rubbing dog poo off with his hand,” she told the publication.

“It lasted for about two to three minutes… My two-year-old loves that bubbler,” she said.

“I can’t fathom letting her near it now.”

Others have expressed their disgust on social media, exclaiming that they will “never drink from a bubbler again”.

Another added that it was “completely disrespectful” and “beyond revolting”.

Hear the full story above!

Taste Testing The Most Disgusting 1970s Dessert Recipe EVER!

"I've Moved On!": The Real Reason Why Todd Carney Agreed To Star In Sportsbet's New Ad