A koala joey and his mother, who were discovered clinging to a fallen branch during a bushfire in the Gold Coast hinterland, have been nursed back to health, and are set to be released back into the wild.

Wildlife carer Sam Longman, who took the koalas in after they spent a few weeks at the RSPCA, told the ABC that Rupert and his mum had been nursed back to health, as well as another koala named Eve.

Longman told the publication that Ainslee’s condition has improved with her paws healing and fur regrowing.

12-month-old Rupert is also on the mend. 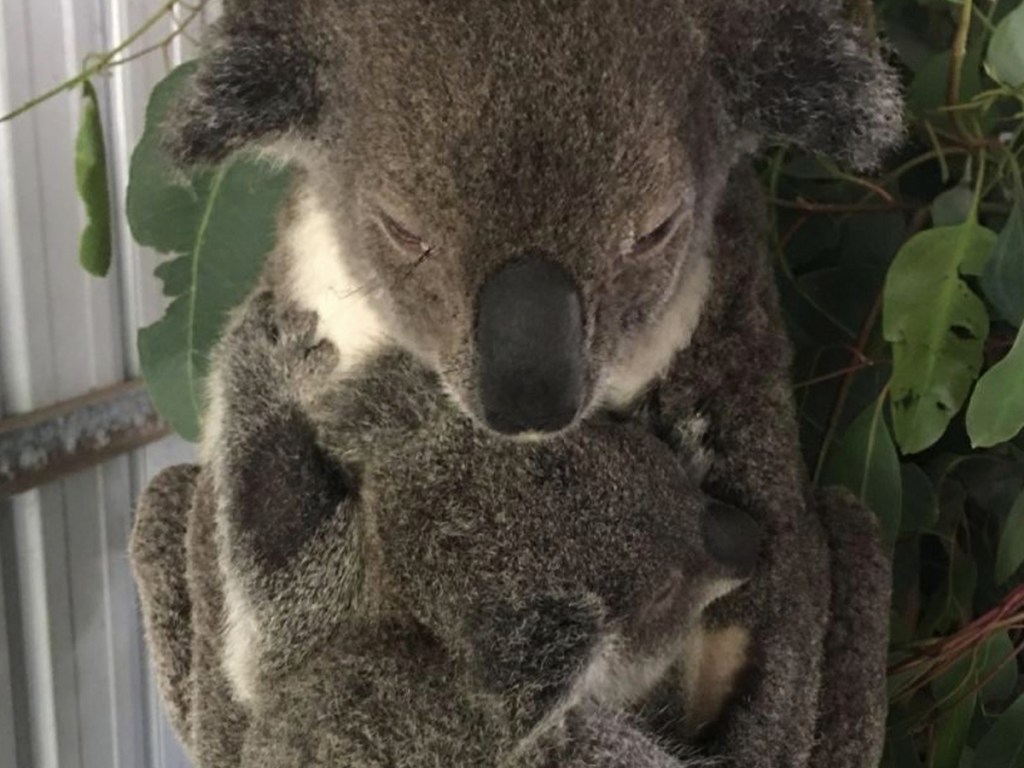 “He’s starting to play, biting his mum’s face, legs, arms, knees and she is starting to growl at him more and he’s getting in trouble,” Longman said.

“But she’s doing really well with him, I’m really impressed — from what she’s been through to where she is now.”

While the pair are ready to be released into the wild, Longman has decided to wait a few more months, hoping Rupert will be more independent by then.