Our very own Amanda Keller has weighed in on the federal government’s decision to deport a Tamil asylum seeker family from Biloela, revealing she has contacted the Minister of Immigration, David Coleman.

The family – Priya and Nadesalingam and Australian-born children Kopika and Tharunicaa – is currently being held on Christmas Island after being granted an 11th-hour court injunction against their deportation. 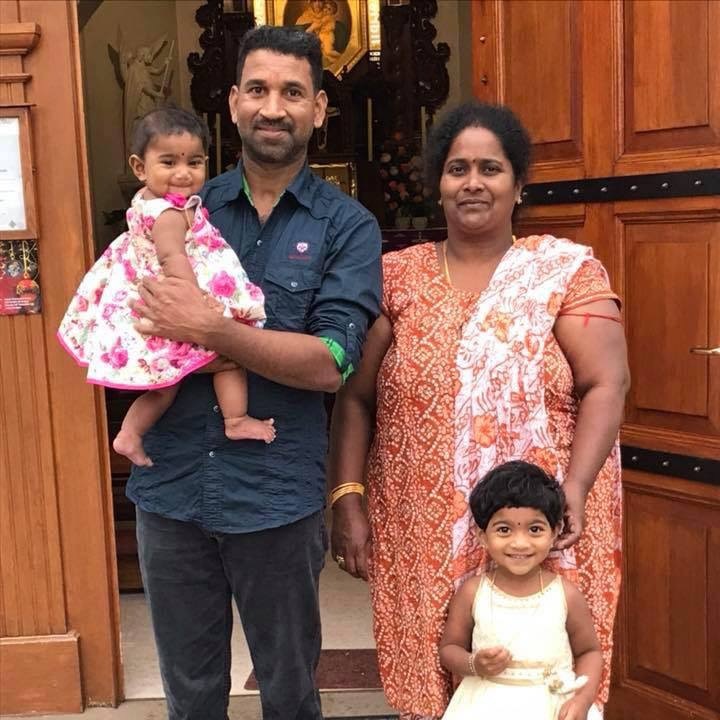 “When Scott Morrison says “you have a go, you get a go”, they could not give more of a go,” Amanda said of the family.

“Two little girls, in the middle of the night, torn from their beds, and treated like criminals.

On Sunday, hundreds of Sydneysiders gathered in the city’s CBD to protest the federal government’s decision to deport the family. 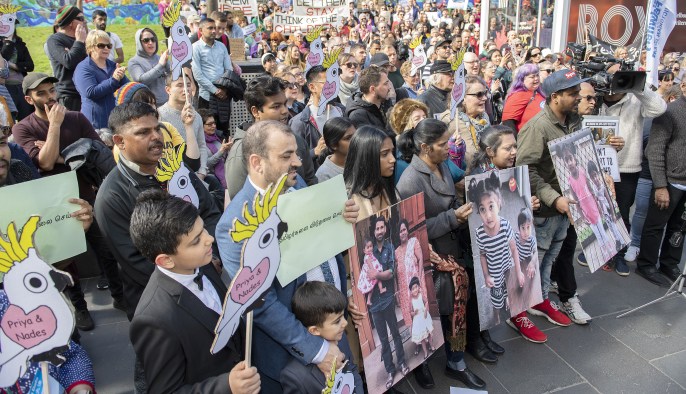 Towards the conclusion of the Martin Place event, five minutes of silence was observed for the family adopted by the central Queensland town of Biloela, followed by a children’s performance of “Twinkle, Twinkle, Little Star” for the Tamil girls.

Ms Keneally, who arrived at the protest from a St Andrew’s Cathedral church service, appealed to Prime Minister Scott Morrison to live out his Christian faith by intervening on the family’s behalf.

“Open your heart, understand what the gospel tells us as Christians to do,” Ms Keneally said at the protest.

“It is the parable of the Good Samaritan where we welcome in our land the stranger; where we treat them with compassion and kindness.”

Ms Keneally said it was an opportunity for Mr Morrison to show Christian leadership and reflect upon the teachings of the gospel.

She also called on the government to take note of the words of the Australian national anthem after they were quoted by Tamil protesters at the event.

“There is nothing more Australian than welcoming people who come across the seas because we have boundless plains to share,” she said.

Darwin, Brisbane, Canberra, Melbourne, Perth, Hobart and Biloela all held their own protests calling for the government to protect the family.

A Listener Called Us To COMPLAIN After We Played THIS Song

We Tried The Most REVOLTING 'Tabasco' Recipe You've Ever Seen