Princes William and Harry, who have faced difficulties in their relationship over the last few months, will walk separately in the funeral procession for Prince Philip.

The prince, who was married to Queen Elizabeth for seven decades and is also known as the duke of Edinburgh, died on April 9 aged 99.

Echoing the funeral of their mother Princess Diana after her death in 1997, when they were 15 and 12, the brothers will walk behind the bespoke Land Rover hearse of their grandfather during the procession in Windsor on Saturday.

However, they will not be walking side-by-side.

Instead, they will be walking in a line separated by their cousin, Peter Phillips. 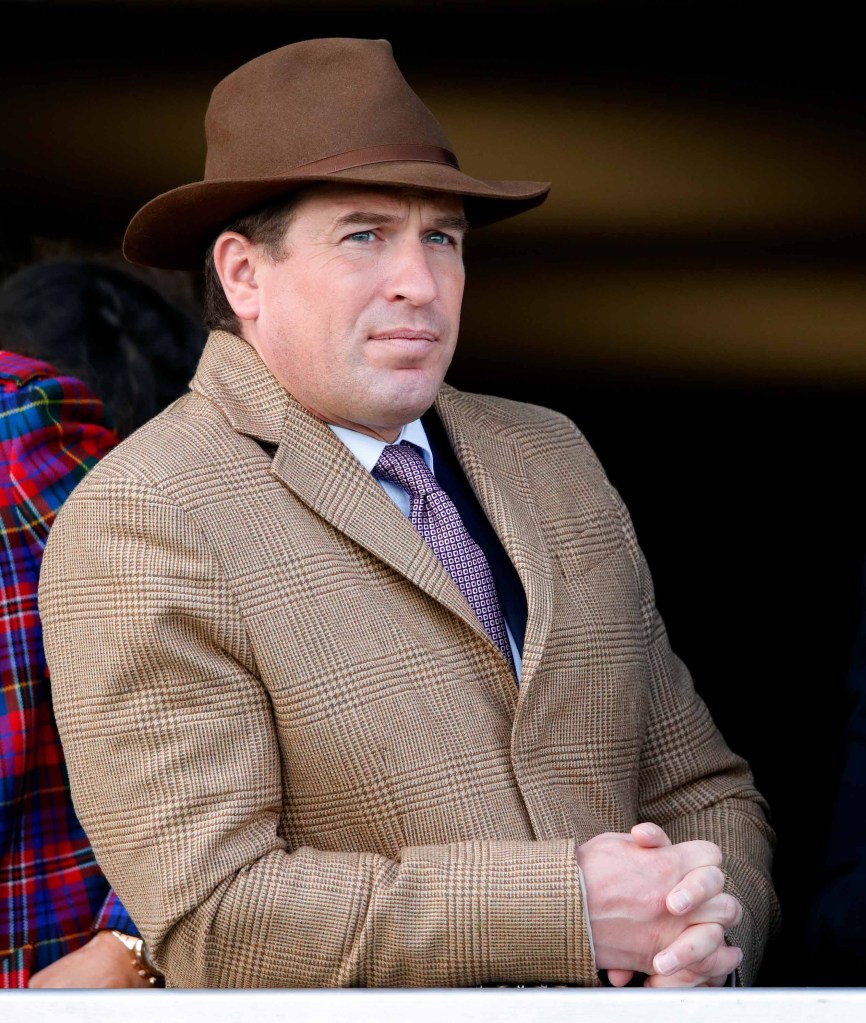 Prince William will be in front, as he is second in line to the throne after their father Prince Charles, followed by Peter and then Prince Harry. 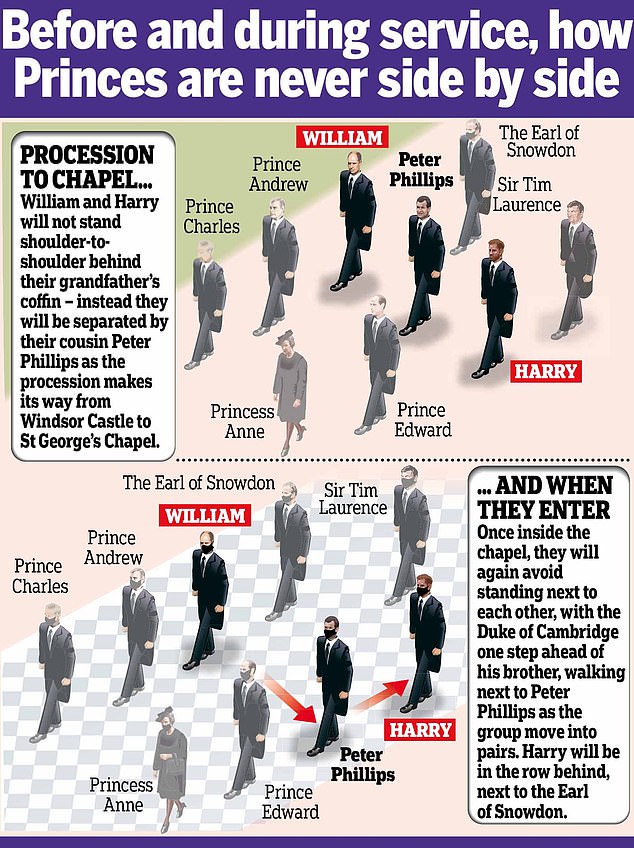 image from Newsplus via trendswide.com

The brothers have had a tense time recently, which Prince Harry hinted at when he was interviewed by Oprah Winfrey last month.

He described their relationship as being one of “space at the moment” and that they were on “different paths” but said he loved his brother “to bits”.

A Buckingham Palace spokesman declined to comment if the procession reflected their relationship, according to the PA news agency.

It is thought that the royals may also be physically distancing as Buckingham Palace said the event will follow strict coronavirus rules.

British media has reported how Prince Harry has been isolating after flying in from his Los Angeles home at the weekend.

Newspapers also reported on Wednesday that Prince Andrew, the duke of York and the Queen’s son, had requested to wear his military uniform at the service.

The Daily Mail newspaper claimed the duke told the Queen he wished to attend the funeral in admiral uniform despite currently holding position as vice-admiral in the royal navy.

The paper added that he was due to be made an admiral on his birthday last year but this was postponed due to recent criticism he faced over his friendship with convicted sex offender Jeffrey Epstein.

However, seemingly quashing the report, it was confirmed on Thursday the men will wear morning coats with their medals while the women will wear day dresses.

Buckingham Palace also announced that British and German relatives of Prince Philip will be attending the scaled-back, 30-guest funeral.

Queen Elizabeth, the couple’s four children, eight grandchildren, the Queen’s niece and nephew and three of her cousins will all be attending the small, family service on Saturday.

In addition, the prince’s German relatives Bernhard, Hereditary Prince of Baden, Prince Donatus, Landgrave of Hesse and Prince Philipp of Hohenlohe-Langenburg will be in attendance.

The Countess Mountbatten of Burma, a close friend of Prince Philip, will also be attending the service.

Some of the spouses of the Queen’s children and grandchildren have been included on the guestlist.

But Meghan, the duchess of Sussex and Prince Harry’s wife, is not going to the funeral due to her pregnancy.

According to PA, Buckingham Palace said the Queen had some “very difficult” decisions regarding who was allowed to attend the funeral under England’s current strict coronavirus rules.

Originally, 800 people would have been invited to the late royal consort’s funeral but under the new rules only 30 people are allowed to attend.