“We gave you mobile phones and laptops and the internet. We created the social media you use every day and we run the banks that pay for it all.

“So how dare you stand there and lecture us, you spoilt brat.

“So be a good girl, shut up and let them get on with it.”

The host also urged Greta to “get back to school”. 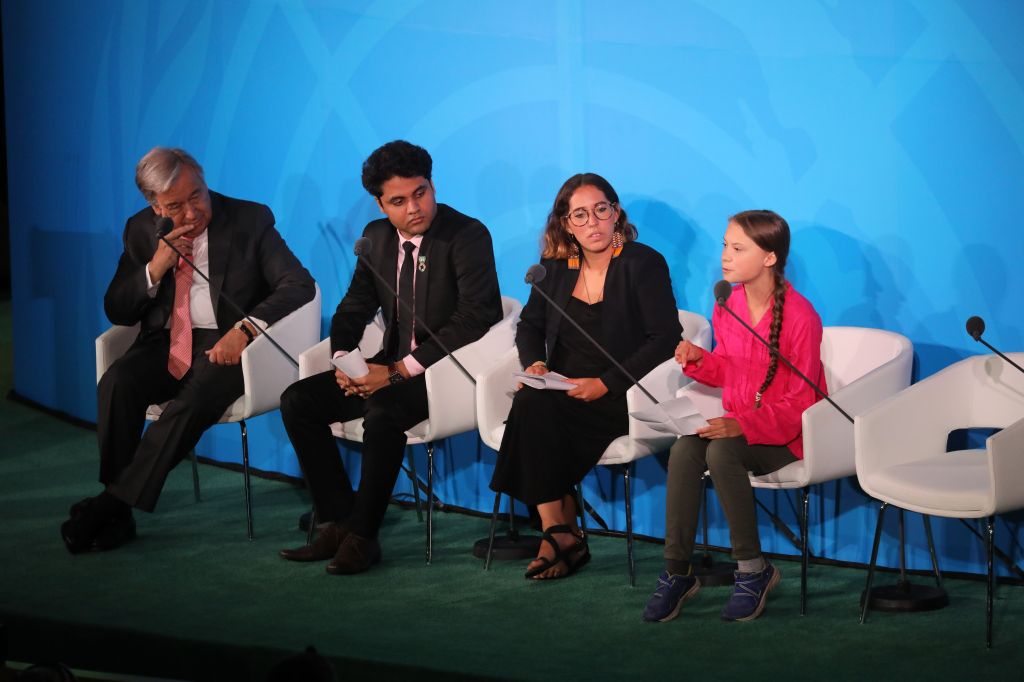 @JohnBishop100 @GretaThunberg Wouldn’t it be nice if she learned some manners.

A day before Clarkson published his column, his own daughter Emily took to Twitter to voice her anger over ‘middle age blokes’ not speaking respectably about Greta.

Emily Clarkson retweeted a comment from Comedian John Bishop Thunberg which read: ‘You [Greta Thunberg] are an inspirational person. You have breathed life into the climate debate that was failing to get the attention it deserved. Whatever happens with the world it is a better place with you in it.”

Emily shared the post, commenting: “Wouldn’t it be nice if all middle aged blokes could talk to and about Greta, the ballsy af teenager out there changing the world, like this.”

Jeremy replied: “Wouldn’t it be nice if she learned some manners.”

Emily responded with, “A woman doesn’t need to be polite to make a point.”