Winds are picking up across NSW increasing fire activity and the risk to residents, with many parts of the state facing catastrophic bushfire danger in the coming hours, including thousands of people on Sydney’s urban fringe.

More than 50 fires are raging across NSW with 30 uncontained.

The first emergency fire warning was about 11am on Tuesday issued for Thunderbolts Way in Bretti, northwest of Taree in the NSW mid-north. It is burning across about 10,000 hectares and out of control.

The fire is moving east towards Mt George and Nowendoc. It’s too late to leave.

“We are certainly starting to see an increase in fire activity and therefore the fire danger is increasing accordingly,” , Rural Fire Service commissioner Shane Fitzsimmons told reporters in Sydney on Tuesday morning.

“The reality is conditions will simply continue to get worse and deteriorate over the coming hours and particularly into this afternoon when the combination of the hotter temperatures, the drier atmosphere and the strengthening winds all come together to drive fire.”

NSW is dealing with unprecedented fires during what the emergency services minister says could be the most dangerous bushfire week in Australia’s history.

More than 3000 firefighters and 80 aircraft will potentially be involved battling the blazes. 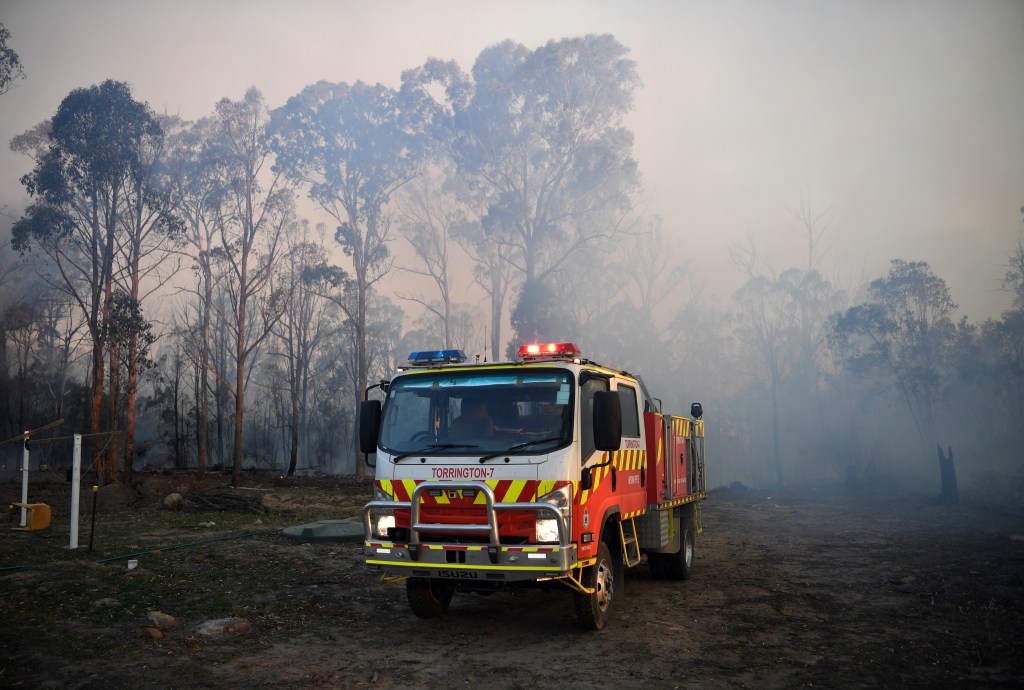 Premier Gladys Berejiklian has urged residents to heed warnings and head for safety.

“We need to make sure every community member takes the opportunity to assess the situation and act with precaution in every possible manner,” she told reporters in Sydney.

A catastrophic fire danger rating – the highest possible level – is in place for the Greater Sydney, Greater Hunter and Illawarra-Shoalhaven regions.

So far on Tuesday, there have not been any new fires in the “catastrophic” regions.

Temperatures in the high 30s, low humidity and strong winds – coupled with the drought – means the state faces “horrendous conditions”, according to the RFS.

Mr Fitzsimmons is urging people to relocate if in the path of a fire. He said winds across the ranges were averaging up to 50km/h with gusts exceeding 70km/h.

Fires at Hillville near Taree and Nimbin west of Mullumbimby are developing, the commissioner said. He also made special mention of a blaze in the Wollemi National Park north of Sydney.

“If you are in the area of Mellong, St Albans and Upper MacDonald, and your plan is to leave, leave now to a safer location,” the RFS said in a “watch and act” alert.

A week-long state of emergency has been declared in NSW and the Australian Defence Force is on standby to provide support – including for search and rescue operations. 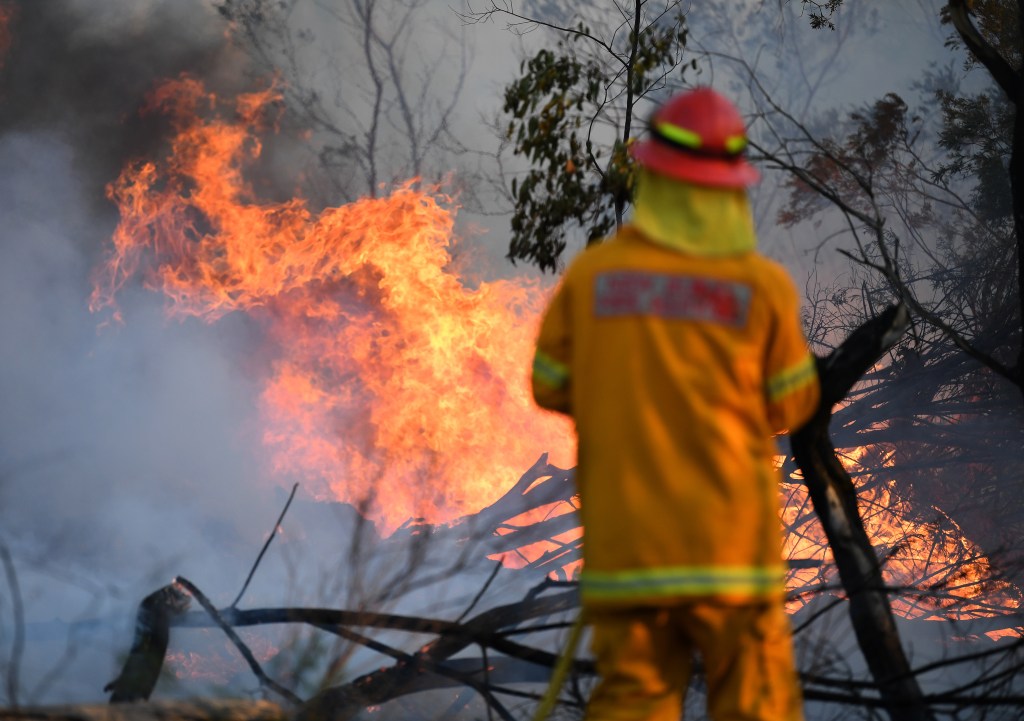 Some 600 schools have been closed.

“Leaving early and well ahead of any fire in your area is the safest option,” Mr Fitzsimmons stressed.

“Safest options might include going to the local shopping centre, going into town, where you’re not in the bushfire-prone area.”

With embers known to jump 20 to 30 kilometres in front of a catastrophic blaze, firefighters attempted tactical backburning operations on Monday night, but Mr Fitzsimmons said their impact would be “tenuous at best”.

Emergency Services Minister David Elliott on Monday said residents were facing what “could be the most dangerous bushfire week this nation has ever seen”.

The bushfires, which hit hard on Friday, have claimed three lives and destroyed at least 150 homes in the state’s north.

Prime Minister Scott Morrison said he hoped Tuesday would be a “boring day” but said authorities were well-prepared and on high alert.

“Everything that can be done is being done and nature will throw some curveballs today, no doubt, and they will have to respond,” he told 2GB.