Fashion label Karen Millen has announced that it will shortly close all Australian stores.

The British fashion retailer – which specialises in tailoring, coats and evening wear – was bought out of administration by internet retail giant Boohoo last month for £18 million ($32,150,970 AUD).

It has been revealed that Deloitte partners Richard Hughes, Tim Norman and Michael Billingsley have been appointed administrators of Karen Millen Australian.

Deloitte Australia announced it is now conducting a “controlled wind down” of the label’s seven independent Australian stores along with eight concessions housed in department stores David Jones and Myer.

Karen Millen employs around 80 Australians who will soon be out of a job.

“With the UK business now sold and the label withdrawing from Australia, we expect to wind down the business here and progressively close all stores in the coming weeks,” administrator Tim Norman said in a statement.

“If quick, shoppers can expect some bargains with discounted stock being sold from stores and online until the end of this month.” 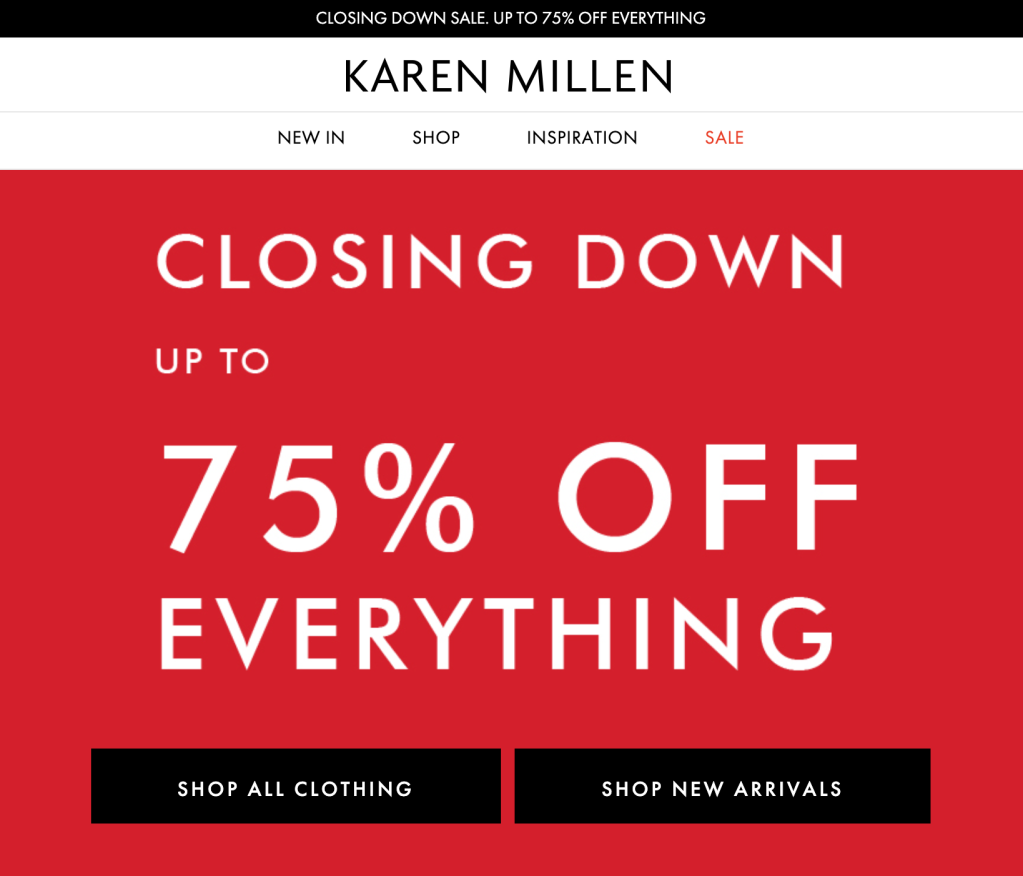 Karen Millen’s website reveals that their closing down sale is already underway, with up to 75% off everything.