In what has been a truly unique sporting experience, the Australian Open has finally concluded with a disappointing end…from the crowd.

After Tennis No. #1 Novak Djokovic claimed the Gland Slam title for the 9th time, the crowd decided to take a sour turn when Tennis Australia Chairwoman Jayne Hrdlicka mentioned the COVID-19 vaccine during the trophy presentation.

Crowds started booing when Hrdlicka pointed to the vaccine rollout and optimism for the future, forcing her to pauce her speech as the crowd couldn’t control themself. 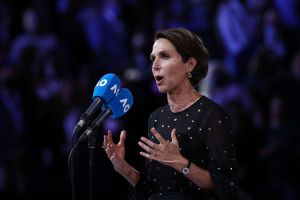 Pressing on, Hrdlicka thanked the Victorian Government which again caused an uproar of booing. Piercing whistling and booing again forced Hrdlicka to pauce her speech, causing her to comment “when you’re finished.”

Wow, haven’t heard that one since high school assembly.

The crowd’s behaviour sparked outrage on Twitter with one person saying “What an incredibly selfish, self-absorbed group of people.”

Another stated “Bunch of cowards…there would not have been an #AO2021 if not for the Victorian Government yet the crowd boos from their seats…the irony.”

What a disrespectful crowd in Rod Laver Arena tonight.

Booing the mention of vaccines and the Victorian Government. Pretty shameful end to a wonderful night of tennis.#AusOpen #AO2021

After what has been a challenging feat to pull off and try to create a step towards normalcy, the reaction from the crowd last night is a shame.