Newman took to Twitter criticising the activist and the Summit.

“This annoying little brat addressed the UN on the so-called climate crisis. Who lets this s*** have a platform? Mendacious, inbred sycophants, that who.” 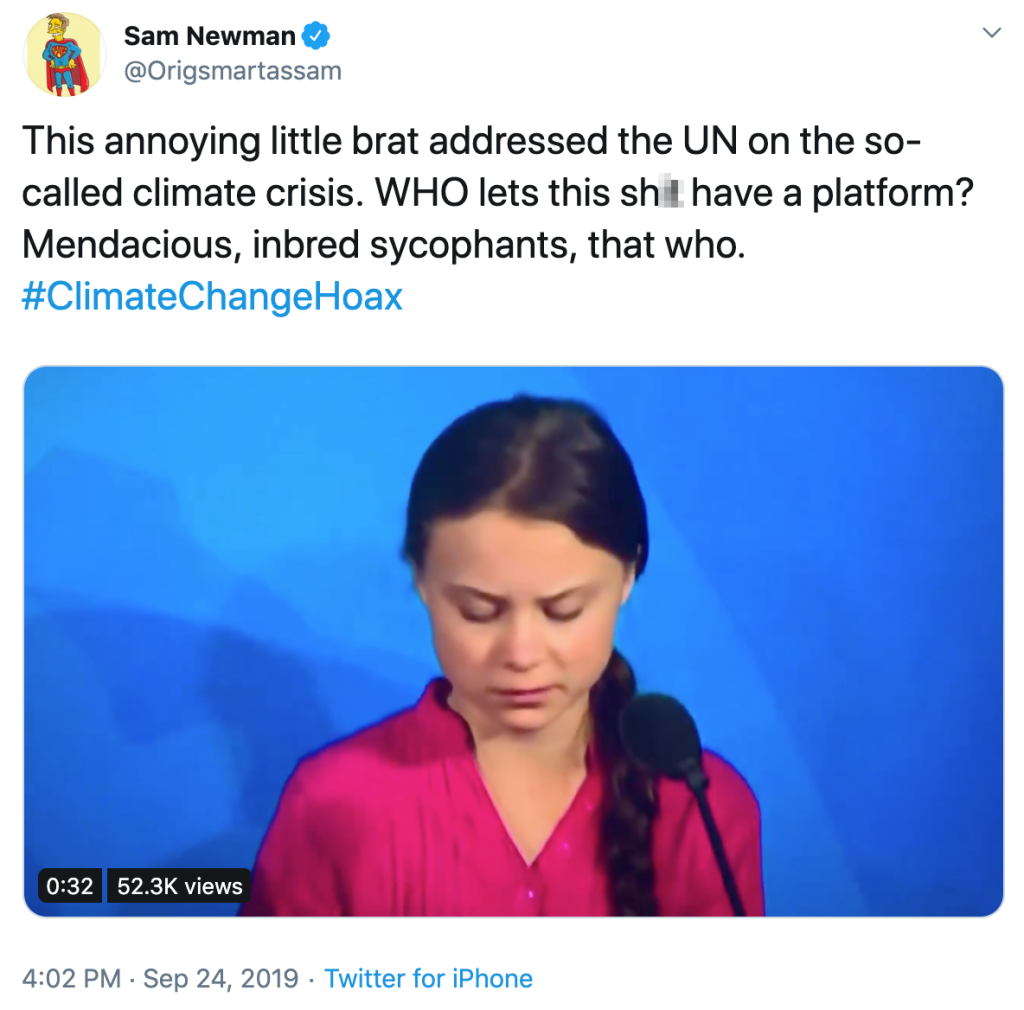 Sam Newman’s comments received an onslaught of responses, with many condemning his “disgusting” words.

“Funny, I’ve always thought the same thing about you Sam,” one person wrote.

Another added, “So is it ok when you abuse girls, but not when Adam Goodes does it? Cool cool cool.”

Others leaped to his defence, exclaiming: “Well said Sam!”