Two Extinction Rebellion protesters have been issued with infringement notices after allegedly affixing a protest banner to the Sydney Harbour Bridge earlier this week.

Just before 7am (Monday 7 October 2019), it is alleged two vehicles were seen to stop on the Sydney Harbour Bridge. Four occupants allegedly carried a banner from one of the cars and affixed it to the bridge structure.

The banner was removed from the bridge and an investigation commenced to identify those involved vehicles.

A 64-year-old man was issued with an infringement notice for interfering with the safe and efficient operation of a bridge or tunnel, carrying a fine of $780.

A 30-year-old Wahroonga woman was issued with infringement notices for interfering with the safe an efficient operation of bridge or tunnel and display advertise on Sydney Harbour Bridge without permit, carrying a fine of $188. 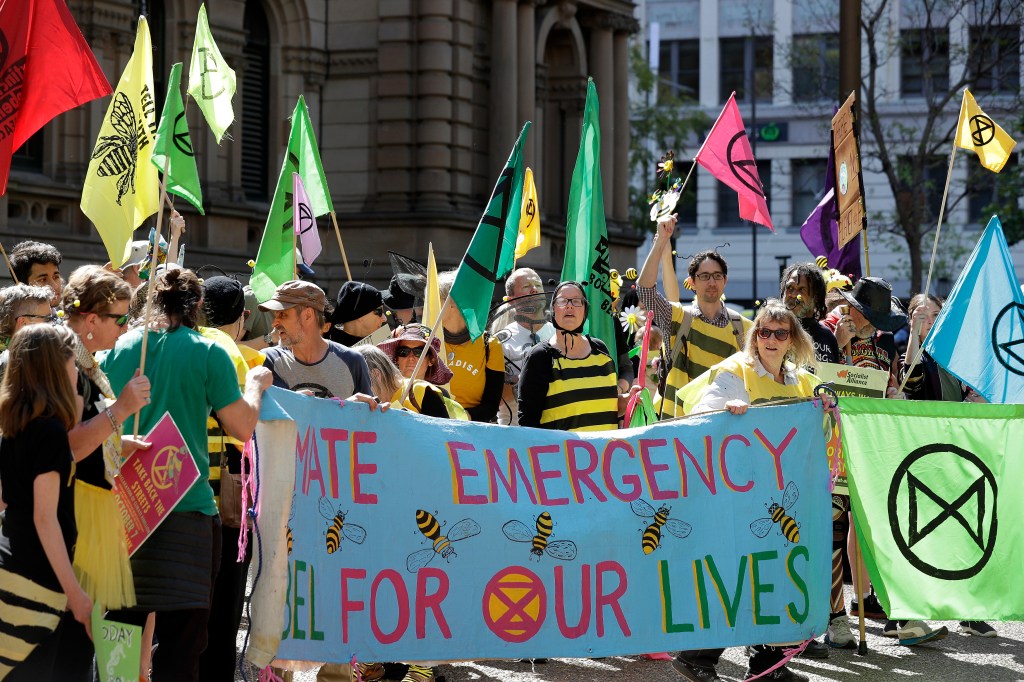 “While we will continue to put public safety as a number one priority.

“We respect the rights of people to protest, we still have a responsibility to the community to ensure they can go about their normal activities without being impacted.

“Future activity of this nature will not be tolerated by NSW Police,” Superintendent Wood said.