After the games were delayed for a year due to the outbreak of Covid-19, they’re finally almost upon us. Japan is set to host the XXXII Olympiad but, just as everything is now, it’s going to look quite different than the mammoth celebration we’re used to seeing.

We might be seeing an empty house for the Opening Ceremony, as the Covid situation in Japan worsens, with 3000 cases being added daily. This decision won’t be decided until the very last minute as the Ceremony is to be held on July 23. 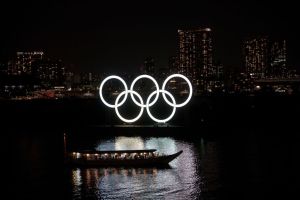 For the thousands of attendees including athletes, federation officials, support staff and media, their Olympic preparation starts 14-days prior to leaving for Japan.

Using an app, they will report health updates for two weeks before they jet off to Japan, take a Covid test 72 hours before they leave and minimise their contacts, only seeing essential people such as coaches and teammates, who are also the only people they can interact with while in Japan.

If all goes to plan and their Covid test is negative, they will not have to quarantine when they land in Japan. Athletes will stick to their finalised ‘planned activities’ itinerary, restricted only to Games venues and accommodation.

As outlined in the Tokyo Organising Committee playbook, no one is allowed to “visit Game venues as a spectator” or “you must not visit tourist areas, shops, restaurants or bars and gyms.” 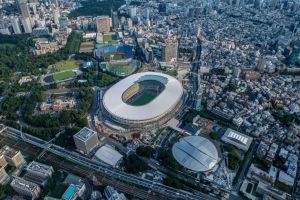 “Avoid shouting, cheering and singing – find other ways to show support or celebrate during competition, such as clapping.

“During your stay in Japan, you will be expected to limit your activities to what is required in order to carry out your role.”

If those attending decide to test the boundaries, the committee has warned “Repeated or serious failures to comply with these rules may result in the withdrawal of your accreditation and right to participate in the Olympic and Paralympic Games.”

Athletes will be tested every four days but those in contact sports will be tested more regularly though the final regulations are still in discussion. The final Olympics playbook is to be released in June.

Australian Olympic Committee President John Coates said “They’ll be limited to just the Olympic Village, the transport from the village to their own venue, the Olympic Stadium for the opening ceremony, and that’s it — they won’t be going downtown and we’ll have social distancing in the village.”