When local pollies praised the likes of Margot Robbie and Michael Federer for their WA-profile-boosting quokka selfies, we’re sure they didn’t mean this.

Selina Szczepanski had been visiting Rottnest Island with her family from Britain when she happened across not just one quokka for her selfie, but two. Great, huh? 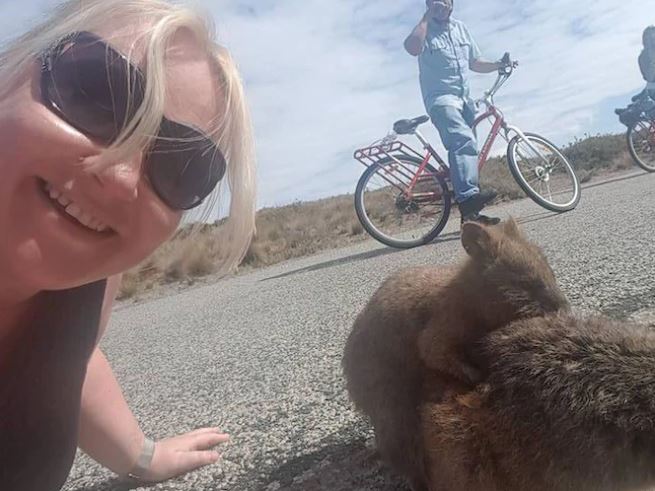 “I thought it was quokkas cuddling or maybe a mother with a baby,” Selina told PerthNow.

“But a man on a bike came past and said, ‘I think you’ll find they’re up to something, those two’.”

Yep, it was a cuddle alright. A really special cuddle.

The selfie has everything: sunshine, a smiling tourist, a couple of copulating marsupials and a random bloke in the background on a bike (it was not confirmed whether the guy in the picture was the guy who enlighted Selina, but we like to think he was).

Selina said she wasn’t going to post the snap social media due to embarrassment, but she said she now sees the funny side.

Robbie and Federer may have garnered millions of likes on Instagram, but TBH, Selina’s selfie has our hearts.