Thousands of Qantas pilots are feeling stitched up over the introduction of new strict uniform requirements.

The rules were issued in a 23-page guidebook last week, ahead of the new uniforms to be worn by all Qantas pilots from Thursday.

While in uniform, the new clean-cut rules include:

– No smoking if in view of the public

– No using of a backpack or rucksack

– No earrings, unless the pilot is female and sticks to “plain round pearl, silver, gold or diamond studs”

– No facial jewellery, “including the piercing of noses, eyebrows, tongues and mouths is not acceptable when in uniform”

– While walking through the terminal, pilots must have their hat on and jacket buttoned up. 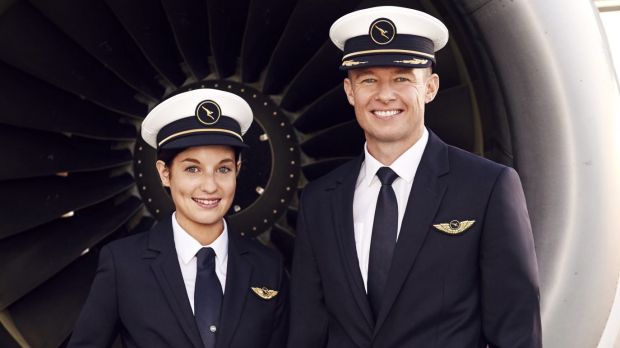 And then there is the issue of hair.

Hippies, step aside. Hair length “that falls onto eyebrows or shirt collar is not acceptable,” the guidelines state.

Beards, luscious or not, are a no-no while “sideburns should be below your earlobe in length”.

The ‘stache is under fire too.

As long as “the outline of the upper lip [is] clearly visible”, it should be OK but Movember isn’t looking as fun for pilots as “long moustaches such as handlebar, horseshoe (or ‘trucker’) and similar styles are unacceptable,” they say.

A survey of almost 1300 pilots by the Australian and International Pilots Association found the majority were critical, Fairfax reported.

“The white cap is supposed to take us back to the days of flying boats but it’s 2016, not the 1940s. We don’t fly flying boats, we fly aeroplanes,” one pilot said.

“They don’t call it a uniform, they call it a costume. Everyone has got the shits that they are trying to make us wear this stuff.”

Things Flight Attendants Want to Tell You, But Can’t

You Can Actually Try This Cruise Before You Buy A Ticket