We can now take our favourite fish out for a walk. Finally.

We originally thought it was just a bit of a gag but it appears to be a real prototype of a legitimate product under development.

While we have visions of taking Bill & Ben the goldfish for a jaunt in the park with the dog, we learned it’s actually intended to keep live fish ‘alive’ so that they remain fresh until they are ready to be eaten.

Thing is, the Katsugyo bag also has big accessory vibes as it also allows people to easily show off their expensive fish as they take it home from the market. 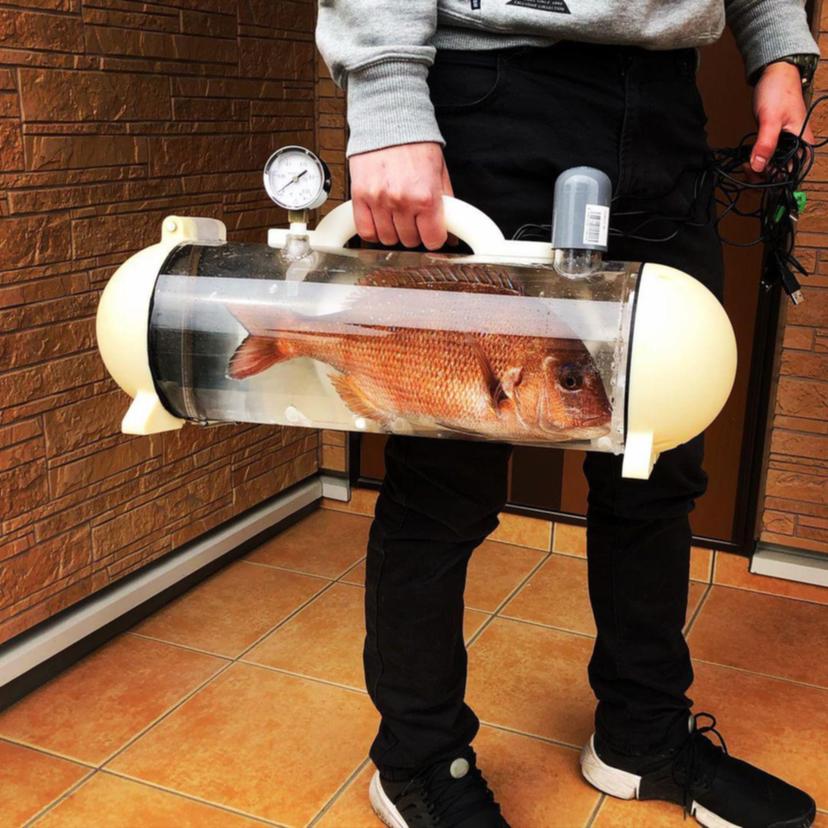 There’s no word on pricing or when it will be available to order. Yet.

A caption for the handheld tank claims the product is being developed by a company named MA Corporation.