A Sydney man has been slapped with a $114 fine for breaking a fine he didn’t know existed.

NSW police charged him with the offence of “leaving his vehicle unattended while the doors were not locked and windows not secured,” according to a fine sent to the man a few days later.

“Don’t accidentally leave your car window down in Bondi,” he wrote on Facebook. 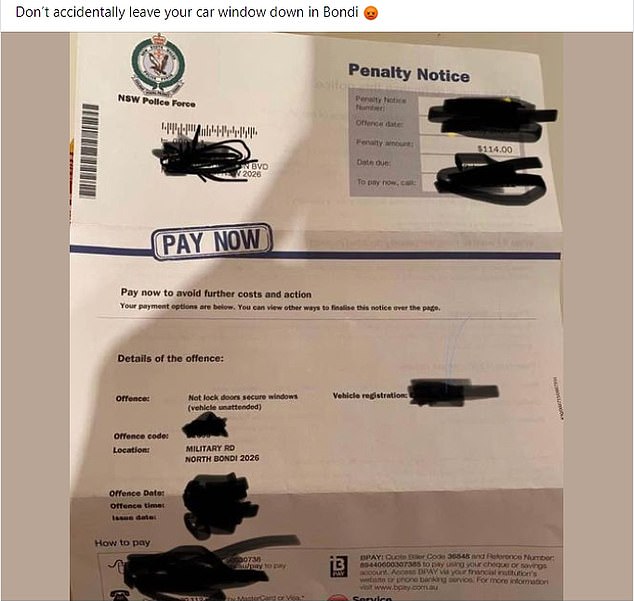 According to NSW road rules, motorists can be fined $114 if they are more than three metres away from their car with the windows down just two centimetres, or if the window is down while the vehicle is unlocked.

“This is so Sydney,” one person commented.

Another added, “I had no idea that was an offence!”

Were you aware of this road rule?