The Duke and Duchess of Cambridge have shared new photos of their family playing in the garden Kate Middleton designed ahead of the RHS Chelsea Flower Show in London that begins this week.

In a series of tweets released this morning Prince George, Princess Charlotte and Prince Louis can be seen playing with their father Prince William and mother Kate.

Kate and her children can also be seen playfully swinging on a rope. 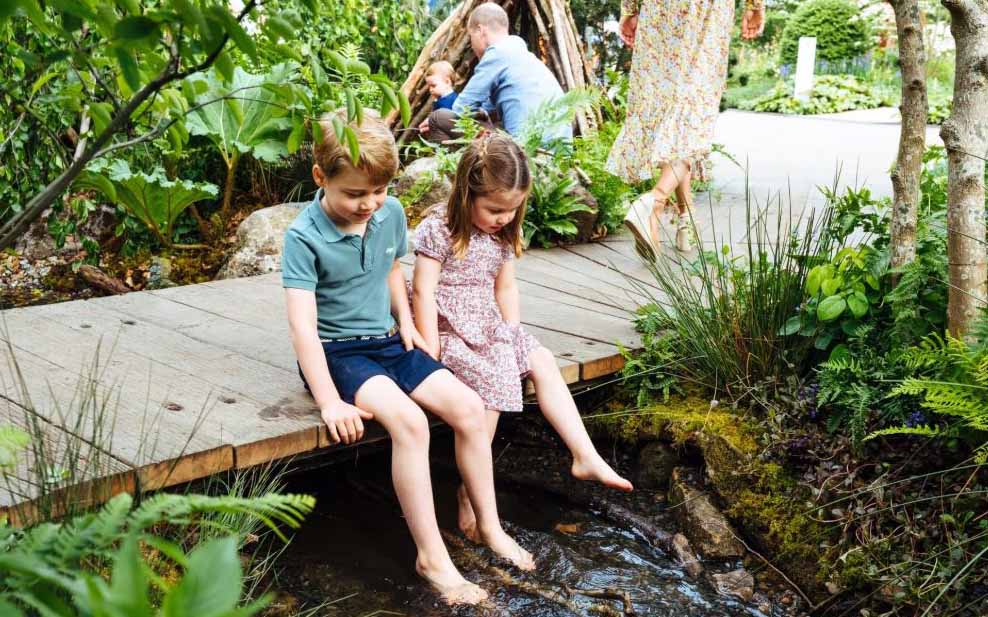 The Back to Nature Garden is thought to pay tribute to Princess Diana because it contains bunches of her favourite flowers, blue forget-me-nots, thought to be a tribute to the late Princess.

The duchess’ designed the ‘Back to Nature’ garden with the hope of encouraging both children and adults to spend more time outdoors. 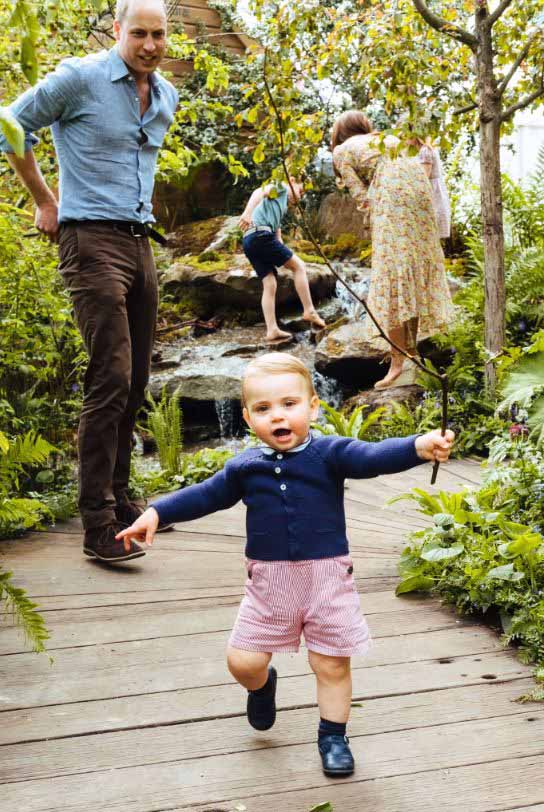 “I believe that spending time outdoors when we are young can play a role in laying the foundations for children to become happy, healthy adults,” Prince William’s wife said in a statement.

Kensington Palace shared a series of pictures of the green space on Sunday.

The Duke & Duchess of Cambridge are pleased to share new photos of their family at the #RHSChelsea Back to Nature garden.

The garden, designed by The Duchess and @davies_white, is a space for families and communities to come together and connect with nature 🌿

It’s described as a space “filled with incredible edibles, plants for craft activities, forest scents and a diverse range of plants”.

Organisers the Royal Horticultural Society earlier tweeted a photograph of the garden, with Kate sitting on a rope swing.

“I really hope that this woodland that we have created really inspires families, kids and communities to get outside, enjoy nature and the outdoors, and spend quality time together.” — The Duchess of Cambridge #RHSChelsea pic.twitter.com/R6NoMiA32k

“The garden includes a swing seat, hanging below the garden’s centrepiece, a high platform tree house.” The Back to Nature garden was co-designed by Kate and inspired by childhood memories and families.

RHS said the “woodland garden is a place to retreat from the world, to play, learn and discover as well as create special family memories”. There is also a waterfall and stream which offer places to paddle, relax and build dams, while a hollow log presents a challenge of learning to balance as well as to climb, RHS said.

🍂 Over the past months, Prince George, Princess Charlotte and Prince Louis have helped The Duchess gather moss, leaves and twigs to help decorate the #RHSChelsea Back to Nature Garden. Hazel sticks collected by the family were also used to make the garden’s den. pic.twitter.com/SbmnZJyQGv

The Chelsea Flower Show will run from May 21 to 25 and is set in the grounds of the Royal Hospital Chelsea in west London.

It has been held in Chelsea since 1912 and is the most famous flower and landscape garden show in the United Kingdom.

The show is attended by members of the British royal family and attracts visitors from all continents.