Warning: This story contains an explicit image of a 35 kilogram tumour.

A man is recovering from surgery after his beer belly turned out to be a 35-kilogram cancerous tumour.

Hector Hernandez was regularly teased for his beer belly, even though he didn’t drink beer, and regularly exercised.

It turns out that he had a retroperitoneal liposarcoma causing his stomach to continually grow, despite being told by medical professionals that it was simply a weight problem.

Hernandez eventually had the tumour removed in a complicated six-hour operation, and just one week later, he was more than 45 kilos lighter. 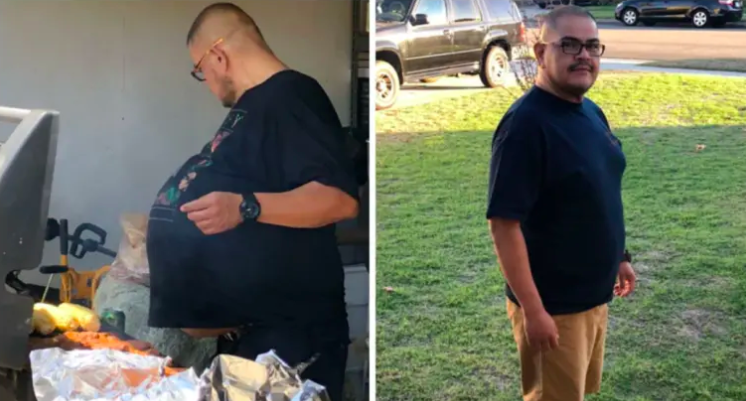 According to the Californian man’s surgeon, liposarcomas grow over a number of years and tend to develop to massive sizes. However, Hernandez’s tumour was one of the biggest he’s had to remove, with most typically ranging between 10-15 kilograms.

While he doesn’t need to undergo chemotherapy or radiation, liposarcomas tend to return, which means that he will require regular follow-up scans to monitor the situation. 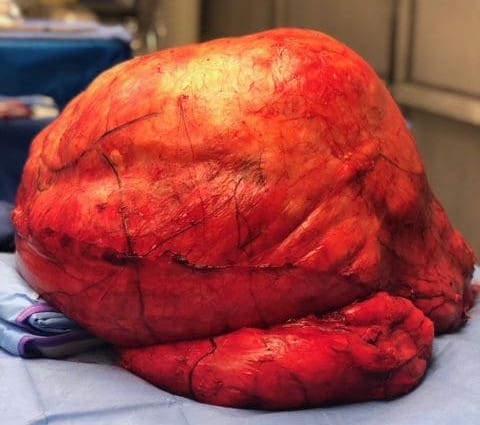 The man now admits to feeling much more energetic and lighter. At 136 kilograms, he was often self-conscious after strangers constantly stared at him, and cracked jokes about his belly.

Doctors are still unsure as to when the tumour started growing.