The death of Jean Kennedy Smith, an acclaimed former US ambassador to Ireland and the last surviving sibling of President John F. Kennedy, virtually erases those who were closest to the assassinated 35th US president.

“This is sort of bringing down the curtain on one of America’s three political dynasties – the Adamses, the Roosevelts and now the Kennedys,” said Patrick Maney, a Kennedy scholar and retired professor of history at Boston College.

Only Ethel Kennedy, the 92-year-old wife of the assassinated JFK’s brother, Robert F. Kennedy – himself felled by an assassin’s bullet five years later amid a mighty struggle for civil rights with echoes reverberating now in 2020 – remains with us.

Kennedy Smith, who died on Wednesday aged 92 at her Manhattan home, is being hailed for playing a pivotal role in the peace process in Northern Ireland.

She was the eighth of nine children born to Joseph P. and Rose Kennedy. She married Kennedy family financial adviser and political strategist Stephen Edward Smith in 1956.

Several of her siblings tragically preceded her in death by decades.

Her siblings included older brother Joseph Kennedy Junior, killed in action during World War II; Kathleen “Kick” Kennedy, who died in a 1948 plane crash; the president assassinated in 1963; and the senator slain in 1968.

And the relentless string of tragedies that have befallen the clan never seems to stop. Last summer, Saoirse Kennedy Hill, the 22-year-old granddaughter of Bobby Kennedy, fatally overdosed on drugs at the family’s iconic compound on Cape Cod. 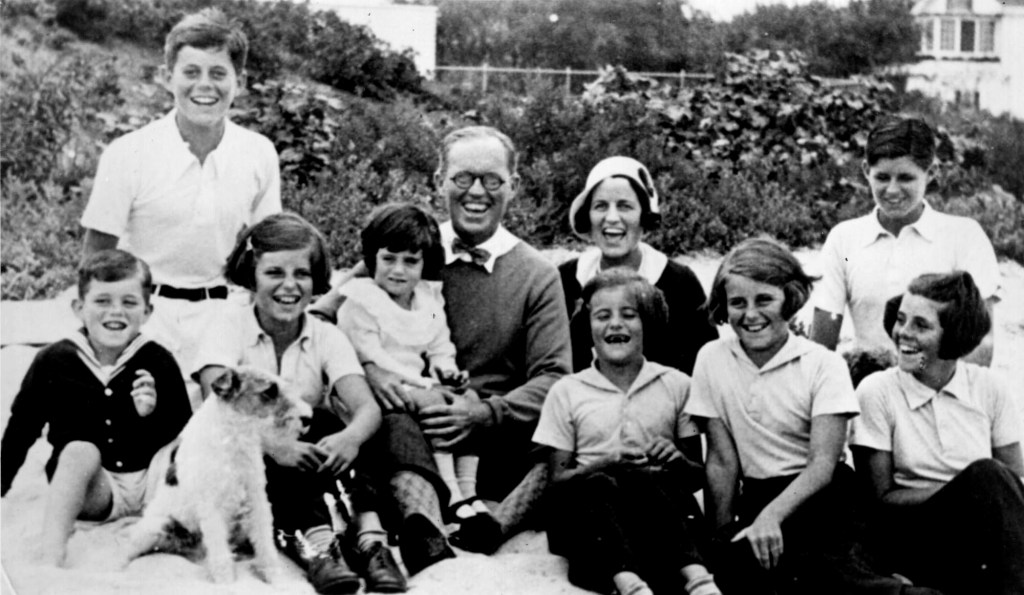 “Over the past several years, we’ve been reminded of the Kennedy family’s many tragedies,” Maney said. “(Kennedy Smith’s) death makes us think of some of the triumphs of the family and their great accomplishments that still shape our lives today.”

The JFK era was dubbed “Camelot” because the youthful president and his glamorous wife, Jacqueline Kennedy, evoked a sense of national optimism expressed in a line from a Broadway musical: “Don’t let it be forgot, that once there was a spot, for one brief shining moment that was known as Camelot.”

For a generation of Americans, the Democratic Party clan represented the closest thing the US had to the royalty it has always admired elsewhere.

To be sure, vestiges of the Kennedy era are all around us.

There’s still the sprawling Kennedy compound at Hyannis Port. The John F. Kennedy Presidential Library & Museum and the Edward M. Kennedy Institute for the United States Senate are major draws for visitors to Boston – or they were before the coronavirus pandemic temporarily shuttered them.

And Kennedys are still serving in or running for office and engaging in public service, in line with the most enduring quote from JFK’s 1961 inaugural address: “Ask not what your country can do for you – ask what you can do for your country.”

US Representative Joe Kennedy III, who is RFK’s grandson and the lone member of the political dynasty currently in elected office, is running for the US Senate in Massachusetts.

On Thursday, he called Kennedy Smith an “incredible aunt” who led a “remarkable life.”

Amy Kennedy, the wife of former US Representative Patrick Kennedy of Rhode Island, is running for a House seat in New Jersey.

Others, like Joseph P. Kennedy II – a former congressional member who runs a program that helps the poor heat their homes in winter – have found different ways to give back.

“The Kennedys still have a hold on us in a way that nobody since that time has held a generation spellbound,” he said. “There’s still something about the Kennedy mystique that remains.”