When this customer decided to order a custom cake from Woolworths, she asked them to leave the top of the cake blank. Little did she know that they would take the request so literally.

Staff at Mayfield Woolworths were given instructions to leave the top of a custom-made blank, which they did, and the result is hilarious. 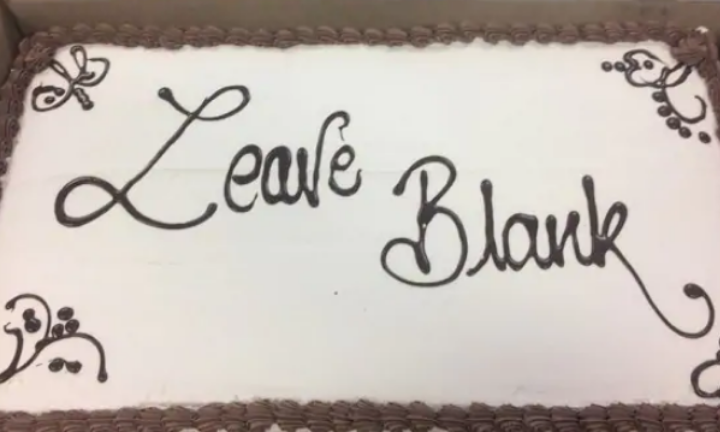 Woolies customer Amy decided to share the hilarious cake fail on Facebook, writing: “This is not a joke. This is the cake we collected from Mayfield Woolworths this morning for a work event today.”

“Thank you for the laughs. Everyone thought it was hilarious! And it tasted delicious.”

Woolies proved that they also love a good belly laugh once in a while, responding with: “WOW Amy! We’ve got no words – you’ve left US blank!”

“We’re glad our Mayfield team could provide you with a little giggle today, and we’ll be sure to let them know. Also, we totally agree – this looks absolutely delicious!”

But, is there more than meets the eye here? Some social media users claim that the bakers in question would have double-checked that the woman actually wanted that written on the cake.

Whether it’s a set up or not, we got a good giggle out of it!

We Tried The WORST Jelly Recipe That Has EVER Been Created

The Annual Chilli Festival Is On Its Way Back To Sydney

KFC Is Bringing Back The Zinger Pie