If you’re into beauty like I am, you’ll know that there are many products out there either named after women, or created to empower or pamper women.

That’s half the fun of beauty products, they play to our playful side and make us look and feel a certain way.

The Balm is one of those brands that are sexy, flirty and even a little bit naughty – and their products are much the same way.

Just six months after the Nude Dude palette was released, The Balm has received feedback that the names of the eyeshadow colours are ‘sexist’. 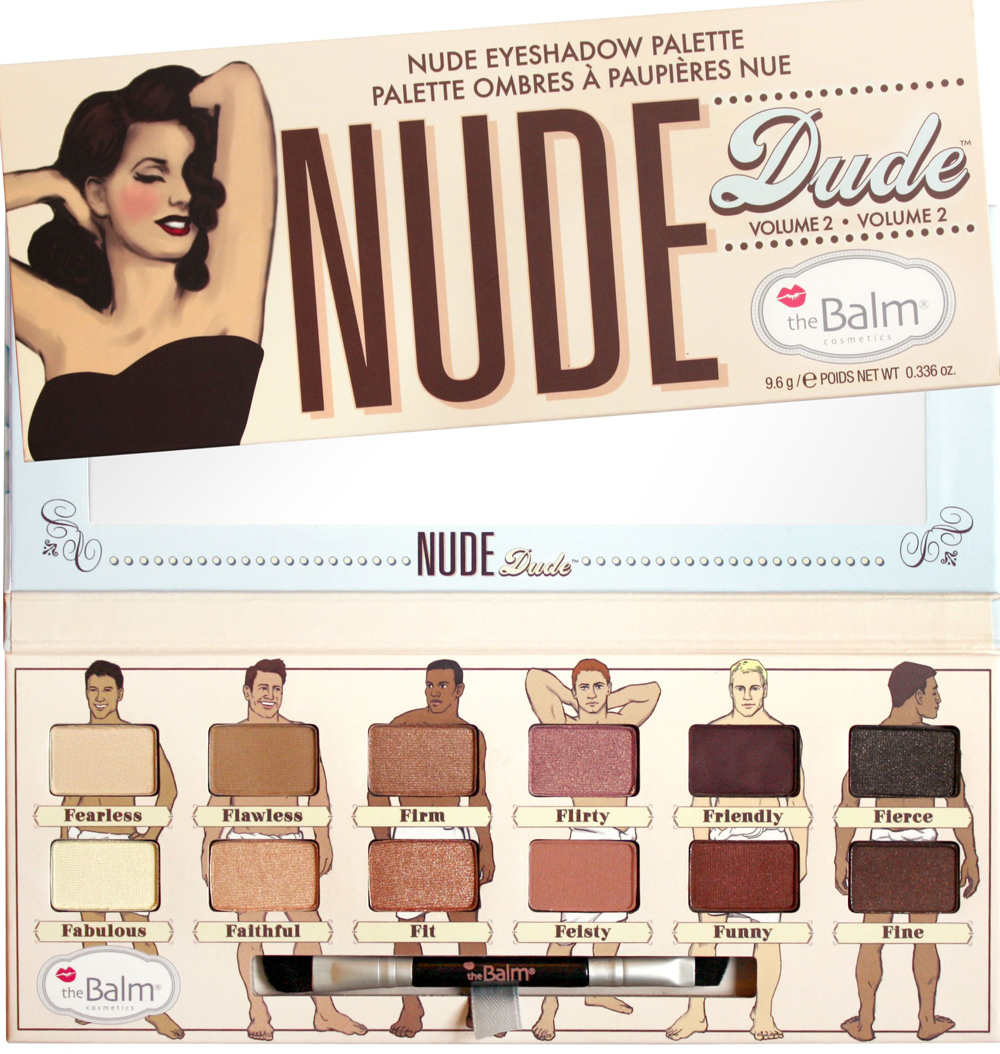 The Nude Dudes palette features nude guys, with eyeshadows covering their private areas. Each shade has a name like ‘fearless’, ‘faithful’, ‘firm’, ‘fierce’ and ‘fit’.

The problem is, the original neutrals palette, called Nude’tude, which came out in 2013 features women just like the guys in Nude Dude, but some of the shadow names are noticably different.

This palette has shades called ‘silly’, ‘snobby’, ‘stubborn’ and ‘stand-offish’, which one unpleased customer has suggested they swap with ‘smart’ and ‘strong’.

In fact, Twitter has been abuzz with responses from people who are seriously displeased with the difference in the palettes.

I have long loved products by @thebalm but seeing the pretty sexist packaging on their nude palettes makes me not ever want to buy again.

The Balm has responded via an e-mail to Cosmopolitan.com

“Nude’tude is about attitude and being able to express yourself however you want, as a brand we strive to maintain a light-hearted approach, and always position women in the driver’s seat.”

The brand prides itself on its “sassy twist on women empowerment,” and often features products that represent that intention, The Balm said. Other product names such as “Put a Lid On It” or “Women Empowderment” more accurately depict that goal, according to The Balm.