This cocktail – the Aussie South Side – has been described as a “refreshing taste of Australia for a Spring afternoon”… and it has not left any detail out.

Melbourne chef Matt Stone used his own backyard as the inspiration for his latest cocktail, as featured in his first cookbook, The Natural Cook. The idea behind it all is to focus on ethical and sustainable cooking, minimising wastage.

The cocktail itself sounds pretty delicious – featuring lime and mint as the main flavours – yum! We think Matt’s vision and philosophy are such a great idea – but we aren’t so sure about the small ants used to garnish it. 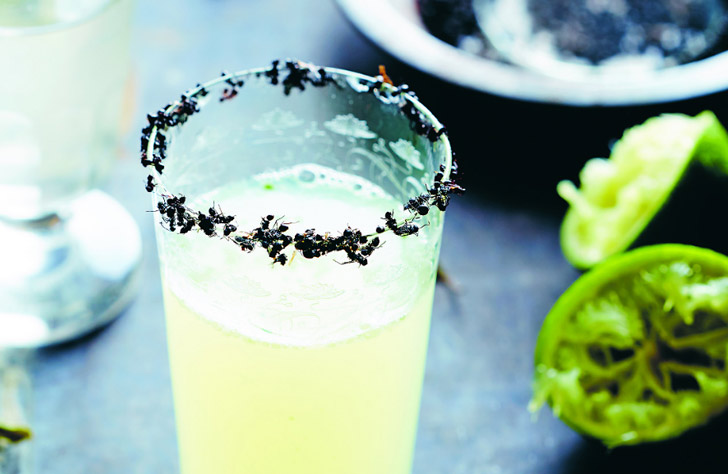 Would you try this?

No Joke, An Amazing Beer Festival Is Coming To Town

6 Iconic Aussie Snacks That Need To Be Brought BACK!