The Melbourne Flames Dragon Boat Club has lifted their sausage sizzle game to the next level.

Among the drinks and sauce options at the Brunswick fundraiser, was a display of a deconstructed Bunnings sausage. 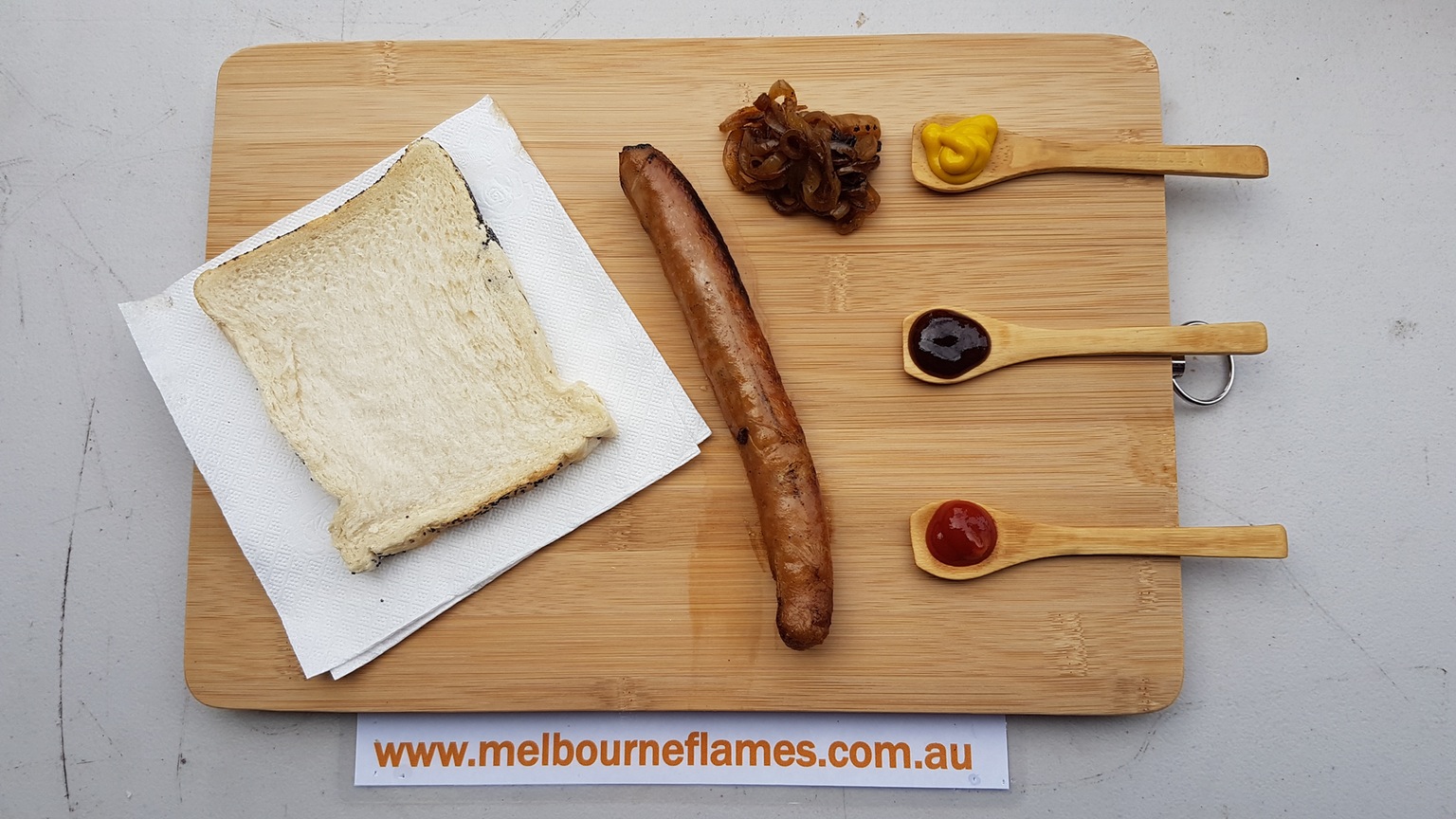 We’re actually relieved the separated bread, sausie, onions and sauces were just a display, you never know, deconstructed food on a wooden board is still more usual than not.

While such plating could probably attract at least $16 in trendy restaurants and pubs, these snags remained at the usual price of $2.50. 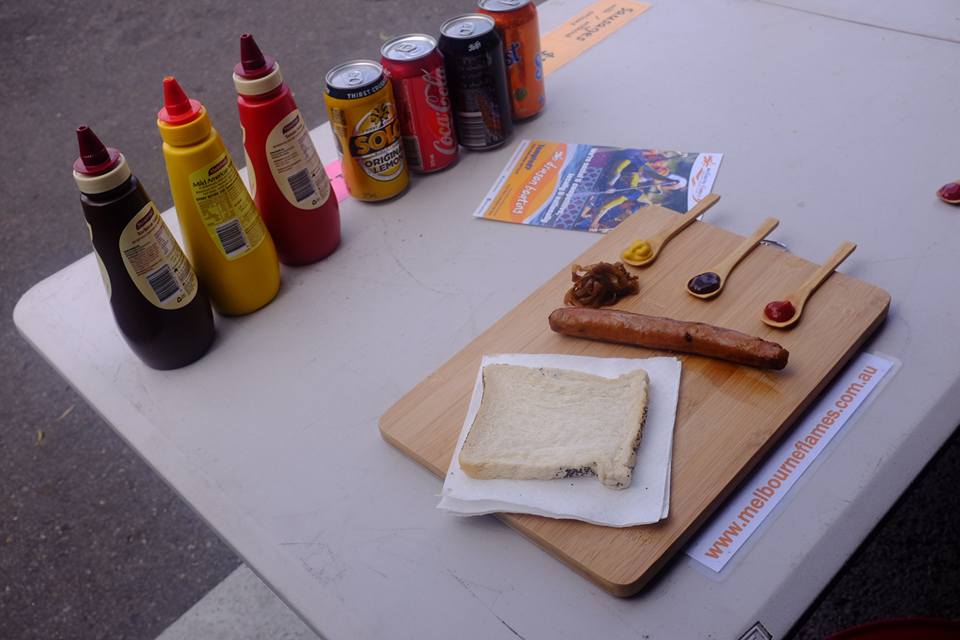 The team have been fundraising to get to the Australian Championships.

Why This Pizza Is The Most Expensive Ever