Nothing quite illustrates how hot it is in some parts of Australia right now than this.

An Aussie café staffer from the Mildura Dockside Cafe posted a series of photos showing a piece of raw steak left in a car.

The meat was left in the car, which was parked in the shade, at 11am.

By 4pm, it was totally cooked. And not like medium rare either, we’re talking well done.

The café used the Facebook post as a warning to not leave individuals or animals in the car, even if the car is out of the sun. 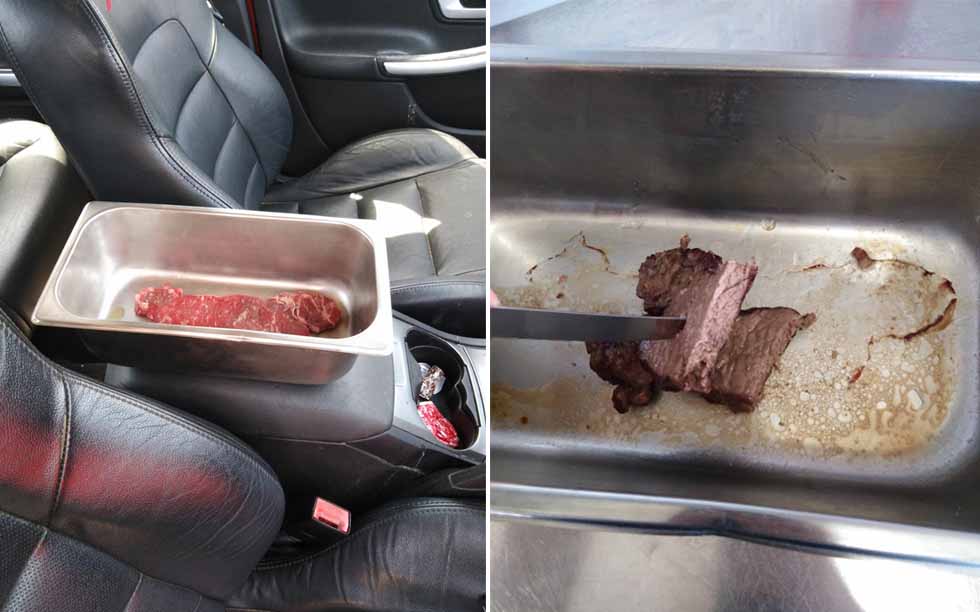 “Always check on elderly neighbours, ensure your pets have a way to keep cool and cool drinking water,” the post said.

But of course, this is the internet. So naturally the post copped all kinds of responses, from praise for illustrating safety, to upset that the steak was “a waste” as it wasn’t eaten, to full blown criticism that the whole thing was “bullshit”.

Here are some of the ones that stuck out:

Temperatures in Mildura reached 45.8 Celsius on Tuesday, according to the Bureau of Meteorology.

This New Aussie M&M Flavour Has Got Us Salivating

Australian Cafe Under Fire From Vegans As It Bans Soy