No, you’re not going bananas… the Big Banana has been given a sweet makeover.

In the last 24 hours, Australia’s legendary Big Banana in Coffs Harbour was covered in chocolate-like syrup to celebrate the launch of the new Allen’s Mini Chocolate Bananas.

For the first time in its history, the 13-metre-long and 5-metre-high landmark got a makeover as a chocolate-like syrup was poured over the banana to mark the unveiling of the new bite-sized creation.

The spectacular meeting of two icons was orchestrated by a stuntman who was bananas enough to climb to the top and pour 180-litres of the special syrup to make the magical moment a reality.

It took a total of 18 people, 13 buckets, two safety harnesses, and one daredevil to change the face of The Big Banana. The pour took a total of 91 minutes to complete, to the enjoyment of onlookers who witnessed the once-in-a-lifetime moment.

Well, thankfully Allen’s has saved some real chocolate for their mini bananas. All edible, of course.

The twist on this classic will not only melt-in-your-mouth, but they are also gluten free and have no artificial colours and flavours. 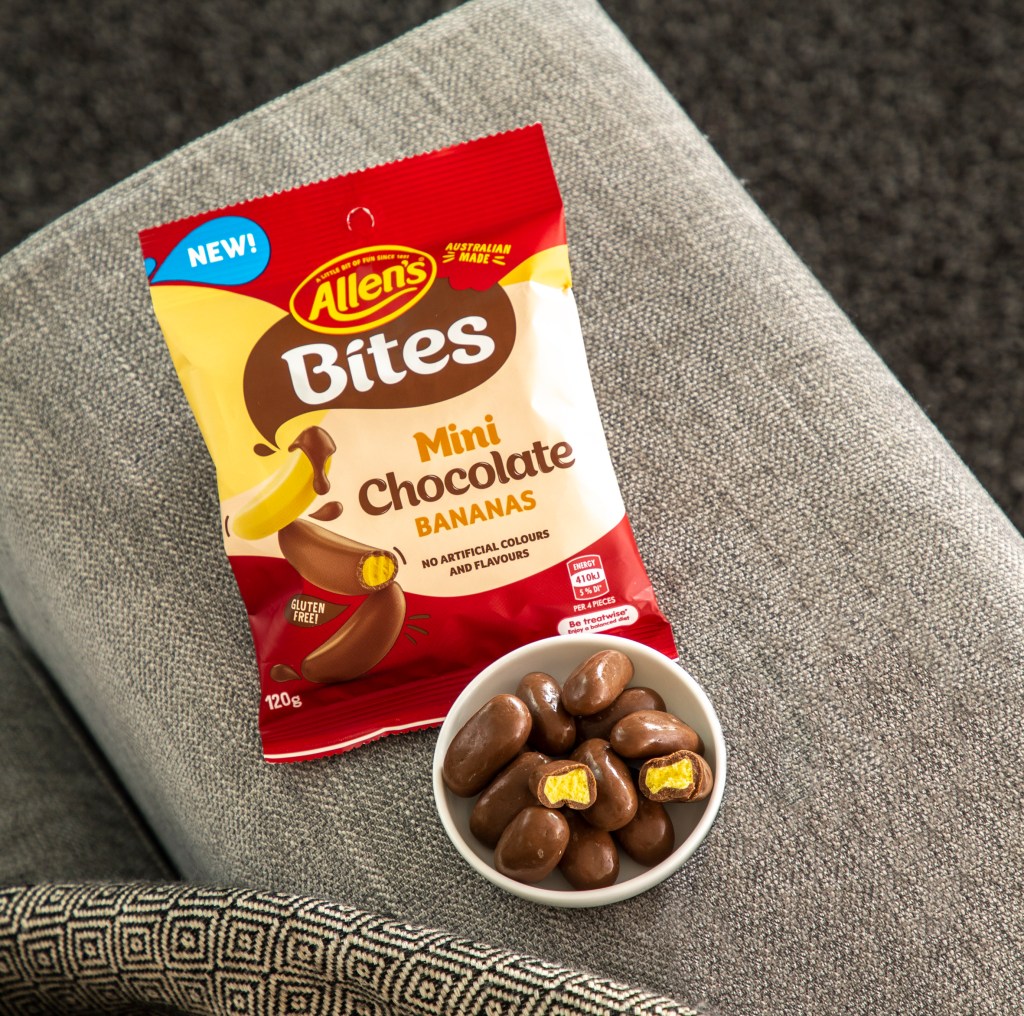