Woolworths and Coles have rolled back time by offering brown paper bags in its supermarkets.

The bags were spotted in Cairns stores this week for the first time in decades.

They will, however, cost 20c each, which is 5c more expensive than the current reusable bags. 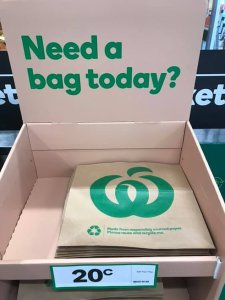 It’s understood that the paper bags are available in limited Woolies supermarkets as part of a trial.

“We’re trialling paper bags in around 20 stores to test customer demand and will closely monitor feedback as we do,” a spokesperson said.

The comments on social media have been mixed. 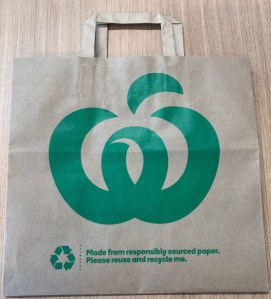 “Paper bags a good concept until the bum falls out when something from the cold section is packed and bottom gets wet yeah right can remember the old days having bottom fall out and everything falling out,” one commenter said.

“Next we’ll have the hugging tree protesters out front of woolies chained to pot plants to save a tree.” was another.

“Wow, it’s about time,” another said.

Reusable bags were brought into supermarkets last year after they banned the free single-use bags.

People's Picks: ALDI Wants To Know What Your Favourite Product Is

The 2019 Four Pillars Christmas Gin Is Just Around The Corner!