A note left on the windscreen of a car has sparked a debate online after users didn’t think it was as friendly as they first thought.

The car it was left on had been parked in a way that prevented a second car from parking in the space that was shared between two driveways.

The note said that was a ‘crapark’ and that the driver needed a hand.

It then went on to say  “This is a really bad attempt,” and ‘get some much-needed skills.’ 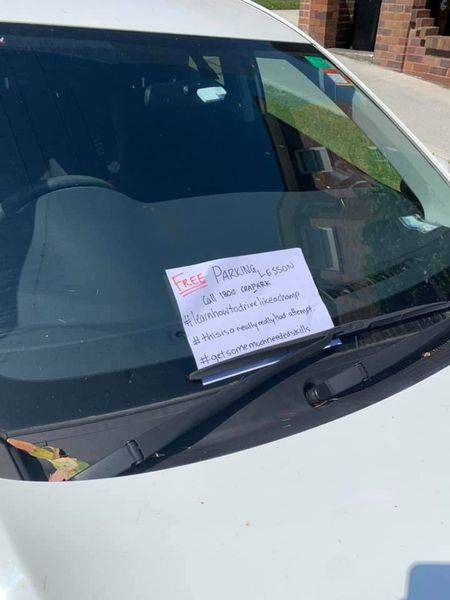 The author of the note posted it to Facebook and people started telling him to ‘get a life’.

Another said “How do you know what the parking situation was at the time when they parked?”

Either way, it’s not the best park!