A clip has thrown fresh eyes on a really common piece of playground equipment, and there’s no easy way of saying this but, we’d been doing it wrong this whole time.

The vid was reposted by @handsoffmyworks on Tiktok after it was originally posted last year, but due to an uptick in recent duets, it’s getting a second run on a lot of feeds.

Captioned #todayyearsold, it shows a bunch of kids playing on that corkscrew thing that’s a playground staple everywhere.

“I was today years old when I found out that’s how you’re supposed to play on that thing, like what,” she said.

“Like what, you spin? I’ve always climbed up it.”

And she’s totally not alone in thinking that it was just a kooky Dr Seuss ladder.

I mean, it didn’t come with instructions just, you know, wholesome imaginations… right? So it’s not wrong, right? 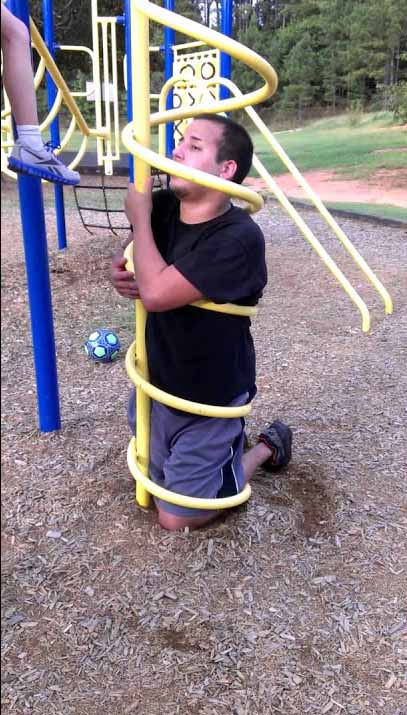 The original video got more than a million interactions and mostly two kinds of comments – either from those who were definitely realising their childhood was a lie orrrrr those who gloated ‘I ALWAYS KNEW THAT’.