Clearly nothing is safe after a snake was found inside a teenager’s asthma inhaler in Queensland.

The Sunshine Coast Snake Catchers said a teenager got the “surprise of her life” after spotting a dark coloured snake come out of a bundle of laundry she had just brought in and placed on her bedroom floor.

When Heather the snake catcher showed up, they discovered the baby red-bellied black snake in the girl’s puffer.

They posted this picture to Facebook, exclaiming how “crazy and super lucky” Heather was to even find it. 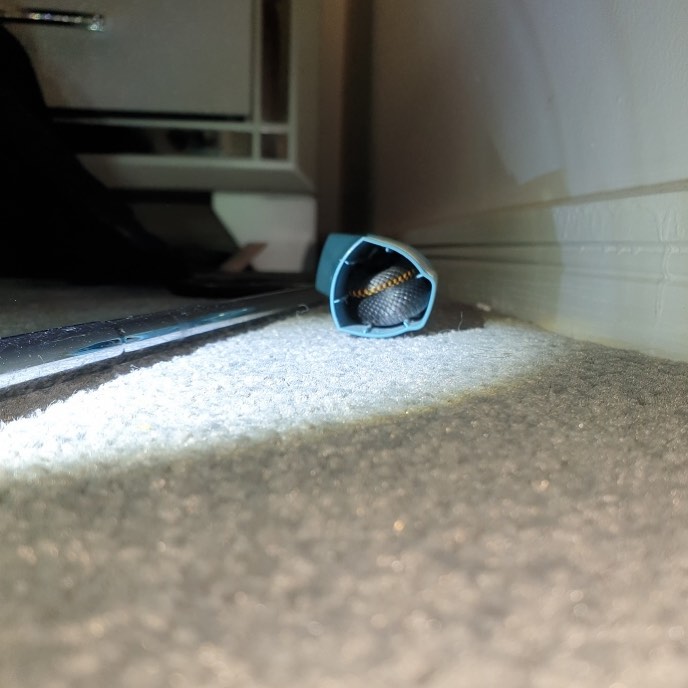 “It’s one of the most incredible places we have ever found a snake before and glad Heather was able to catch and relocate it safely.”

The red-bellied black snake is somewhat less venomous than many other Australian snakes, but you’re more likely to come across it in urban areas and its bite is certainly no picnic, causing significant illness and requiring medical attention, according to Australian Geographic.

“The venom causes blood-clotting disorder and muscle and nerve damage, enough to knock you off your feet, but rarely deadly. No deaths have been confirmed from bites by this species.”