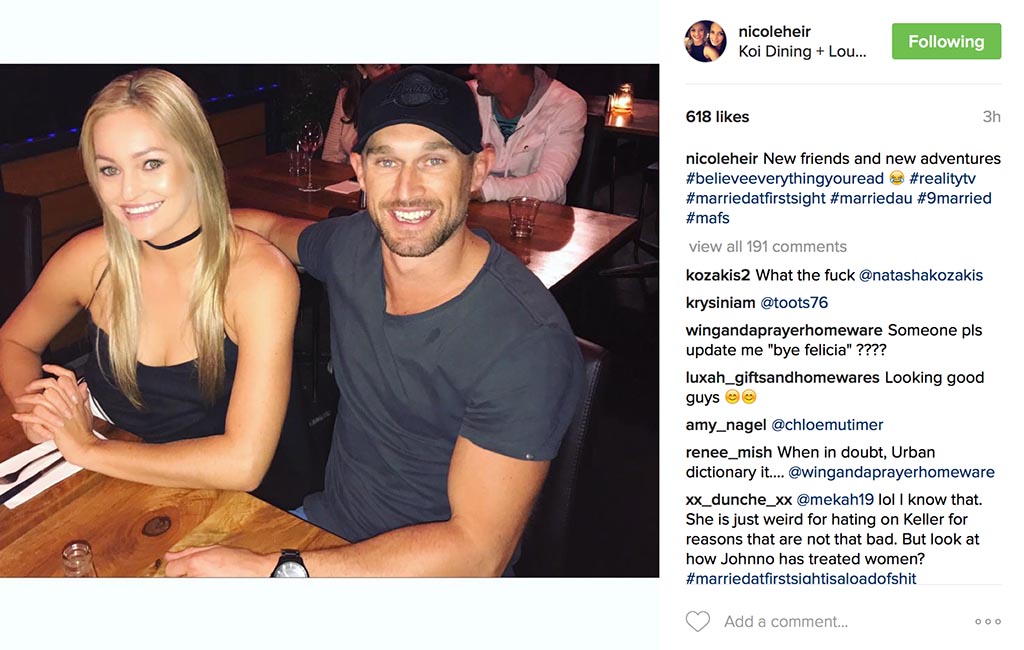 Fans were quick to rally behind her former husband Keller, posting messages of support for the lovable tattooed lad.

While Keller was a hit with fans this year, Jono was dubbed the villain of last year’s series after his tumultuous relationship with outspoken animal lover Claire.

If you didn’t see last year’s season, he was basically just as douchey and Mr I clip my toenails in the sink… except he was kind of hot.

Fans of the show were quick to tag Keller in Nicole’s post and he took the bait, commenting ‘bye Felicia,’ which was later deleted.

It didn’t stop Nicole from posting more of their outing. Later in the evening a video of herself and Jono on a merry go round went up, followed by a video of her new rumoured beau doing a victory dance at a pool hall.