Bianca Fazey, 25, had a one night stand with a man from Perth, Western Australia and is now searching for him after getting pregnant.

Bianca was told she would probably never be a mum after being diagnosed with polycystic ovary syndrome.

The only thing she knew about the father, was that his name was Jeremy, he was in his twenties and was from Morley, a suburb in Perth.

Bianca’s search for the father was unsuccessful, “I tried finding him for months and felt pressured by a friend who was adamant I don’t give up despite exhausting all avenues.”

So she decided to post an ad on Gumtree. 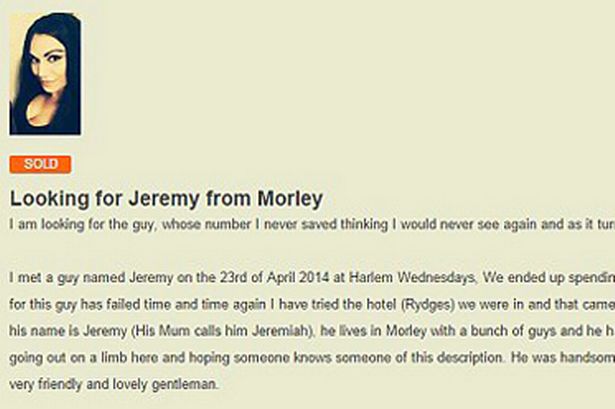 This was however was also unsuccessful.

After posting her ad on Gumtree she received lots of hateful messages. People judged her, calling her a bad mother and a sl**.

When he son Logan was born he was not in a good way. Doctors had to fight to keep him alive for 30 minutes, now he is a healthy little boy.

❤️ My beautiful baby boy, such a blessing.

She said: “I love this beautiful boy with all my heart and I am a fantastic mother, he is strong, smart, happy and very, very loved!”