Like most of us, ACA host Tracy Grimshaw was left pulling a face following a bizarre interview with former The Sullivans star Susan Hannaford on Tuesday.

A Current Affair reporter Brady Halls spoke with the Hannaford, who now lives on Billionaire’s Row in LA.

When the interview concluded and cut back to Tracy she appeared to have been caught mid-wince. 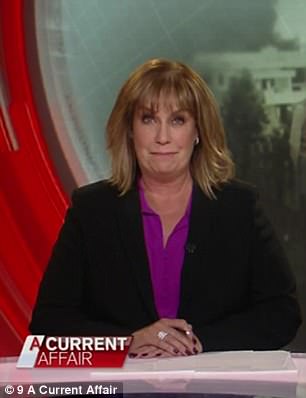 In the segment titled ‘Kitty Bites Back’ Susan cleared-up rumors about her 92-year-old mother still being alive, and revealed she is launching a $100 million lawsuit for false claims about her wealth.

The 65-year-old claims she was ‘set up’ during an interview with Channel 7’s Sunday Night program, for which she was paid $100,000 for, earlier this year.

‘I am angry about what has been done to me’

We Recall This Neighbours Cameo From Pet Shop Boys' Chris

Reese Witherspoon Is Set To Return In ‘Legally Blonde 3’