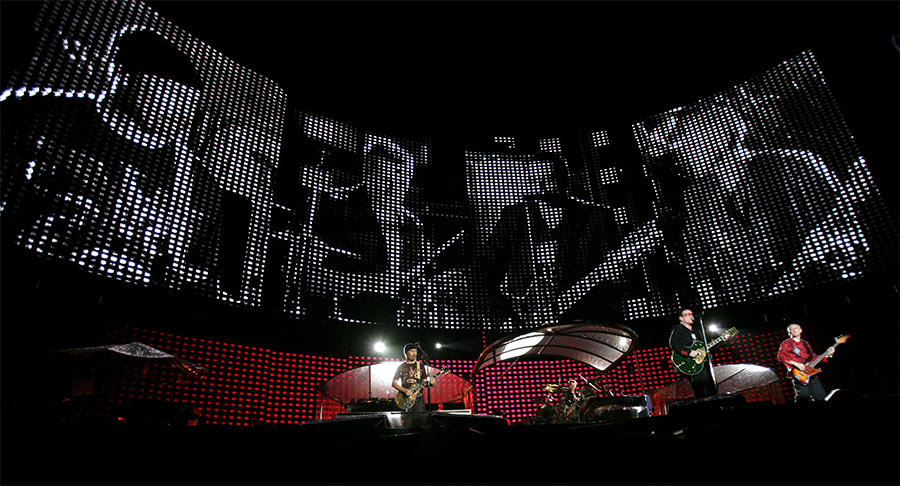 Not only have U2 been one of the biggest bands of all time when it comes to record sales, but they have also staged some of the biggest concert tours with incredible staging over the years.

The band began producing larger than life shows following the release of their 1991 album ‘Achtung Baby’ and the following Zoo TV and Zooropa tours were a multi media extravaganza.

Featuring an array of giant screens that hooked up with live satellite feeds, cars strung above the stage, a walkway through the crowd and more the band created one of the most original and futuristic stage shows of all time. 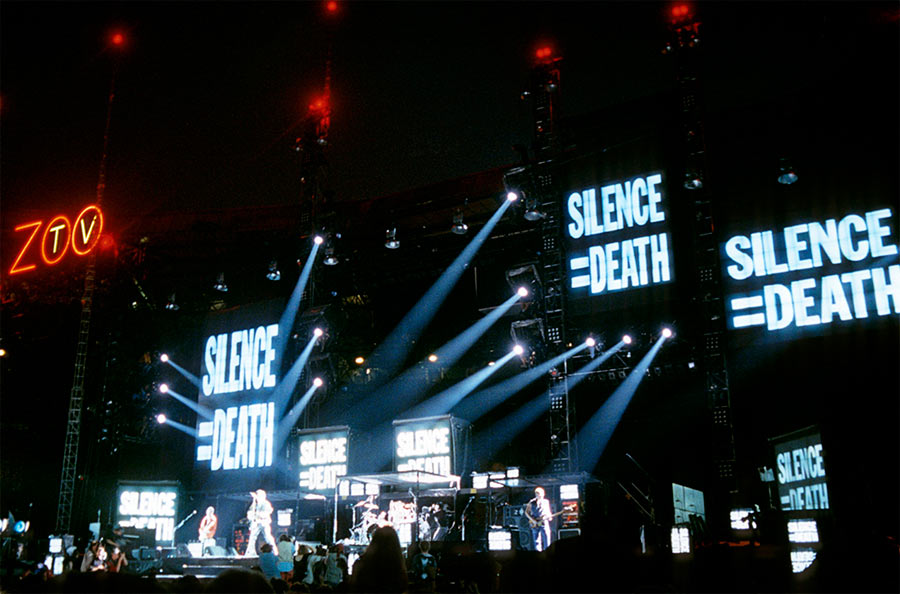 They somehow managed to up the ante and for the 1998/1999 Pop Tour they incorporated three stages, and enormous props including an olive on a stick and a giant lemon that the band would climb out of at the beginning of the show!

These and other stages that the band have used over the years have entered into rock folklore, so now an Irish Councillor wants to permanently display these giant pieces somewhere in Dublin. 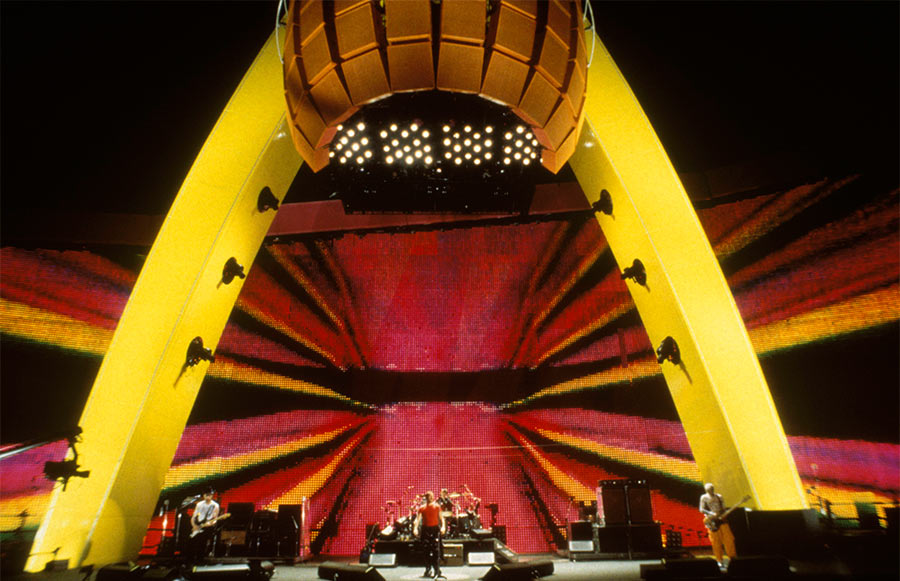 And Bono is very keen on the idea, saying “What I would actually like to do – the band’s dream is to have a site in Dublin where we could show these stages and people could walk on them and walk around them,” the singer said.

“At some point I would love to do that. I think they’re interesting sculpturally, and as objects.”

We think this would be an amazing chance to check out some of the most well known stages in rock history, would you like to walk in the footsteps of Bono and the band? 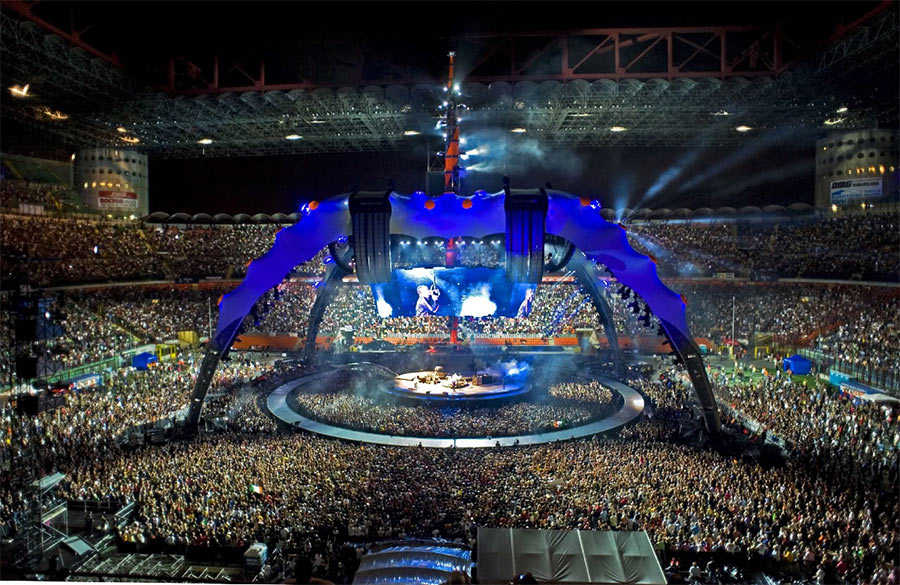