Music artists including U2, Tom Petty, Ozzy Osbourne, Elton John, and members of Pearl Jam and Metallica have personalized skateboard decks that are now up for bids as part of the third annual Boards + Bands auction, which benefits a charity founded by famous U.S. skateboarder Tony Hawk.

The Boards + Bands sale features skateboards donated by pro skaters, decorated with the lyrics of their favorite song that have been handwritten by the artist or artists who penned the tune.

All four U2 members signed a deck that Hawk contributed, and Bono added some lyrics from “Where the Streets Have No Name.”

Petty autographed a board donated by skater Chaz Ortiz, and Petty also wrote a snippet of lyrics from his song “Mary Jane’s Last Dance” on the deck, and doodled a caricature of himself to boot. 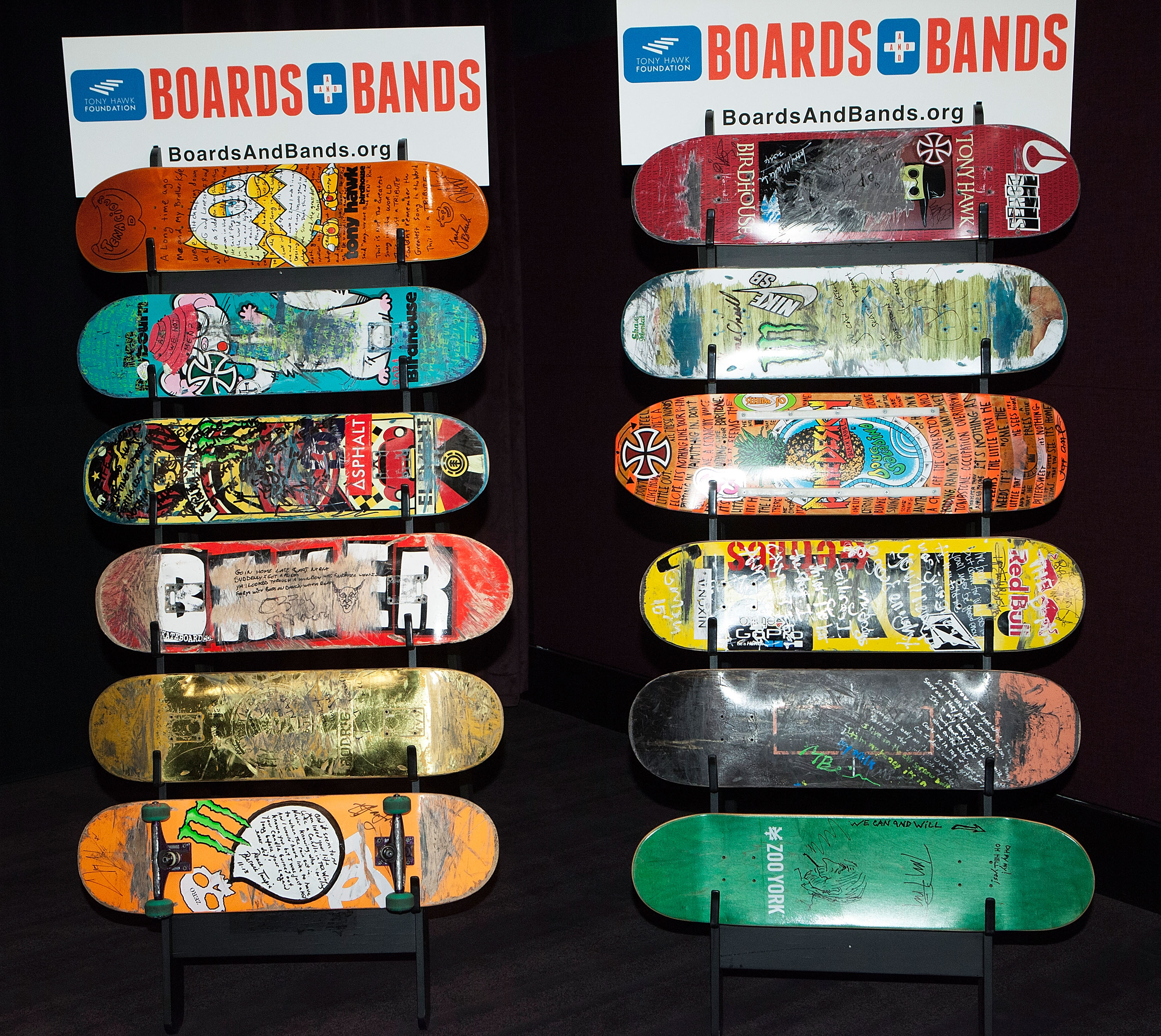 Osbourne autographed a board featuring lyrics from Black Sabbath’s “Fairies Wear Boots,” which was contributed by skater Riley Hawk.

John and his longtime lyricist Bernie Taupin embellished a deck contributed by skater Chris Cole, with Bernie writing some of the lyrics to “Candle in the Wind” and Elton simply adding his signature.

Metallica’s James Hetfield signed a board contributed by skater Nyjah Huston featuring lyrics from the song “Fade to Black.”

Pearl Jam’s Jeff Ament hand-wrote the lyrics to “Nothing as It Seems” on a board donated by skater Doug Saladino.

Other stars who contributed personalized skateboards to the auction include Tenacious D, Devo, The National, and Of Mice & Men.

You can bid on the decks at BoardsAndBands.org.  Bidding is open until August 26.

Proceeds from the sale go to the Tony Hawk Foundation’s initiative to create and maintain skate parks in low-income areas around the U.S. Hawk launched the fundraiser in 2012 with musician Ben Harper.