Speculation is mounting that Ellen Degeneres may be replaced in her lunchtime spot.

The Sun reports that The Late Late Show host is ‘in line’ to replace DeGeneres if she was to leave her show following reports of ‘racism, bullying and sexual harassment’.

DeGeneres sent an apology to her staff on Friday saying she wants to ‘correct the issues’ and the reports were the ‘opposite’ of what she intended for the show. 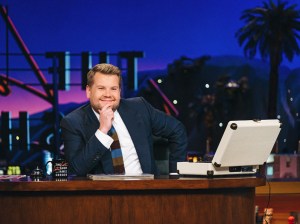 “Hey everybody – it’s Ellen. On day one of our show, I told everyone in our first meeting that The Ellen DeGeneres Show would be a place of happiness – no one would ever raise their voice, and everyone would be treated with respect. Obviously, something changed, and I am disappointed to learn that this has not been the case. And for that, I am sorry. Anyone who knows me knows it’s the opposite of what I believe and what I hoped for our show,” she wrote.

'The Greatest Showman' Is Being Added To Disney+ Next Month!