Guns N’ Roses frontman Axl Rose has made a cameo appearance in an upcoming episode of Scooby-Doo and Guess Who?

What’s more, the singer apparently goes way back with Shaggy and Scooby-Doo, in the world of the cartoon.

The gang is surprised, too.

In a clip from the episode, scheduled to air in the US this week, the gang — Fred, Velma, Daphne, Shaggy and Scoob — set out on a road trip on Route 66, when a group of mud men steals their ride, the Mystery Machine van.

The gang stops for help at a diner, where they find Rose waiting for them in the parking lot. 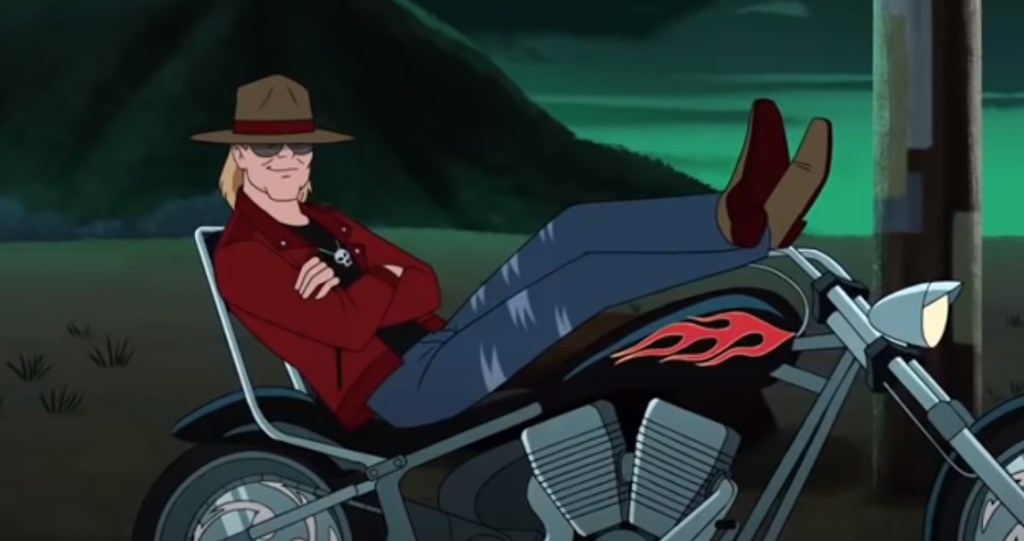 “What’s up, Mystery Gang?” Rose says while draped over his motorcycle.

“I was starting to think you guys were a no-show.”

The group guffaws, “Singer, songwriter, musician and total rock god, Axl Rose?!” and Shaggy and Scooby-Doo reveal that Axl was the person they came to the diner to meet.

“How you doin’, my brothers?” Axl says as the trio enter into a complex secret handshake.

But Axl isn’t just in town to give the Mystery Gang a lift –  later in the episode he plays an important role in helping Shaggy and Scooby-Doo solve the mystery.

This isn’t Rose’s first animation, he also appeared in a 2018 episode of New Looney Tunes, in which he sang a song called “Rock the Rock” to help save Earth from an oncoming asteroid.

EXCLUSIVE: We Expose The REAL Bryce Ruthven From MAFS