A toddler has narrowly escaped death when the 21-month-old got strangled in her 10-year-old sister’s hair as they slept.

Amanda Lee woke up at 3am to the sound no parent wants to hear – her daughters’ screaming.

She found her youngest daughter, Taleisha  struggling to breathe as she was caught in her older daughter, Rhianna’s hair. 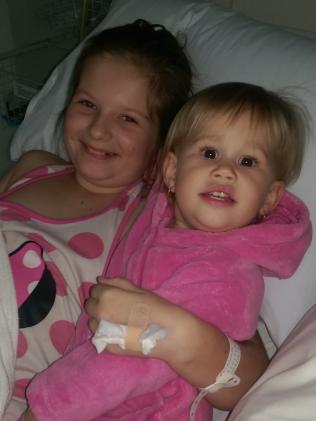 The 36-year-old told Quest: “Her blood vessels were popping out… My partner Donny yelled out for scissors and cut it off. Then we called the ambulance.”

The mother-of-three said Taleisha regularly sneaks into Rhianna’s bed, but had no idea of the dangers.

Now, Mrs Lee has warned of the dangers over Facebook, in a post that has been shared over 73,000 times.

“I don’t want another family to go through this so please if you co-sleep or your kids share a room and have long hair tie it up or plait it.”