All of the celebrities are officially in the jungle, which means it’s finally time for the main event: The first, voted-for Bush Tucker Trial.

Thanks to the wonder of the internet – and by that, we mean Twitter votes – the four most popular celebs to face the “Sushi Pain” trial were shock jock Steve Price, singer Casey Donovan, comedian Nazeem Hussain and TV personality Ash Pollard.

Basically, imagine sitting down at the grossest sushi restaurant in the world, and playing spin the bottle to figure out who has to eat what.

It was simultaneously the most stomach-churning and unbelievably hilarious challenge we’ve ever seen – not least because Nazeem was throwing up BEFORE ANY OF THEM HAD EVEN LEFT THE CAMP.

But what none of the celebrities – or hosts – could have predicted was the bottle landing on Steve Price FOUR TIMES out of seven spins.

And that was on top of the shot of goat’s blood he had to neck as a “palate cleanser” before the game even started.

We have to admit, old Steve certainly stepped up, smashing every single disgusting dish, like the goat’s stomach, kidney and liver in a maggot rice roll typed with flies, fly pupae and raw liver, put down in front of him.

This is already shaping up to be the best series yet. 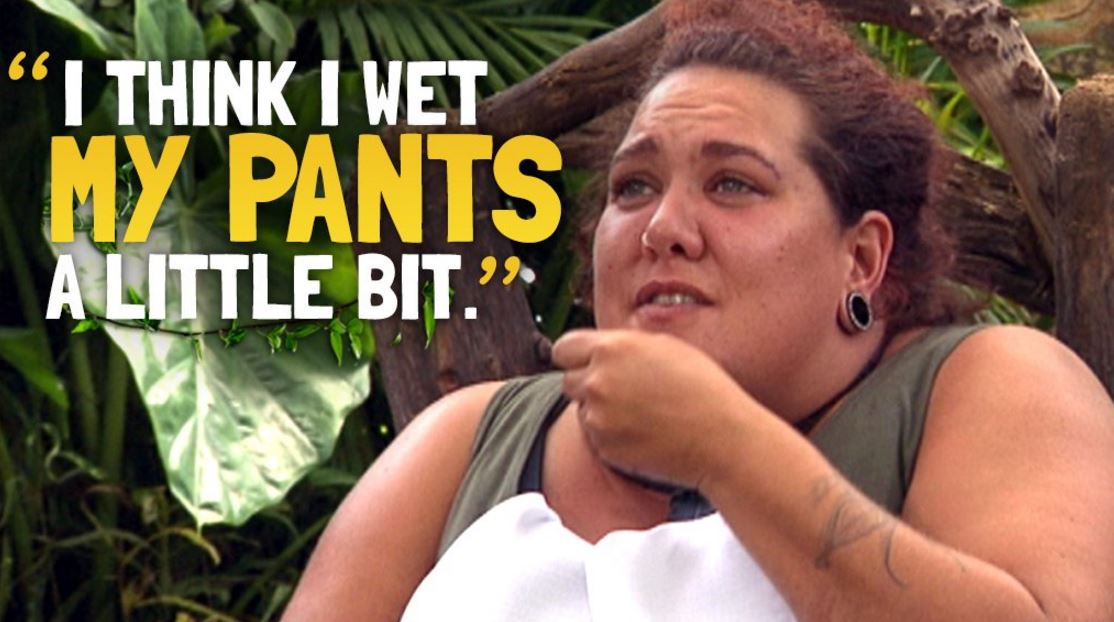