Well here’s a story that is quickly getting confusing!

We all know that just because a guy and a girl hang out, it doesn’t necessarily mean they’re dating…

BUT, you’d think it would be pretty clear cut when that guy, aka Geoffrey Edelsten, confirms he is dating that girl, aka Suzi Taylor.

Here is the first picture by Julie Kiriacoudis of the happy couple – Geoffrey Edelsten and Suzi Taylor. pic.twitter.com/wgpoc8RTGf

However, the former The Block contestant has something else to say on that matter!

After the serial Playboy confirmed to the Herald Sun that the pair were dating and he was “euphoric”, Taylor has told the Daily Mail the exact opposite.

Denying she was dating the 73-year-old, she said she had “no idea” what gave him that impression.

A representative for the reality star also denied the story, claiming they were “just new friends”.

Don’t believe anything you read about me in any of the garbage press. I’m very much single, and my sole attention and focus is on my beautiful children who I love dearly. I have no room in my life at present for a man.

Taylor has previously been romantically linked to a producer of The Block and Today Show host Richard Wilkins – both of whom she had no issue in confirming.

Which leads us to one of three conclusions…

B) Geoffrey’s getting a little ahead of himself 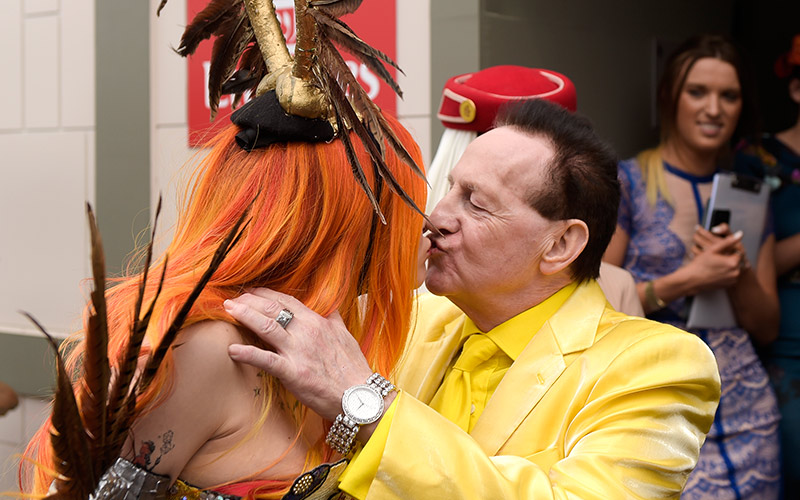 Either way, it’s definitely made headlines!

TRENDING NOW: This Is The Most Complained About Ad Of The Year!