It has been dubbed “the biggest block scandal ever” – brothers Simon and Shannon were revealed last night as “cheaters” – they put an iPhone under the bed and recorded all the judges’ conversations – conversations which were confidential.

Not only was this “not on” as Shayna expressed, but Scotty Cam seemed offended that the boys didn’t trust what he was reporting back.

Scotty confronted the boys in an intense moment during the reveal: “So you don’t trust me? You had to record the feedback? You don’t trust what I was saying?”

Judge Darren said, “I don’t know if it’s cheating, but it’s definitely giving them something that everybody else doesn’t get. Scott delivers our judgments, recording them – that’s never been done on The Block before.”

In a post-reveal interview with News.com.au, Simon said it was merely a harmless prank, despite it being labelled as the biggest Block scandal in the show’s history. 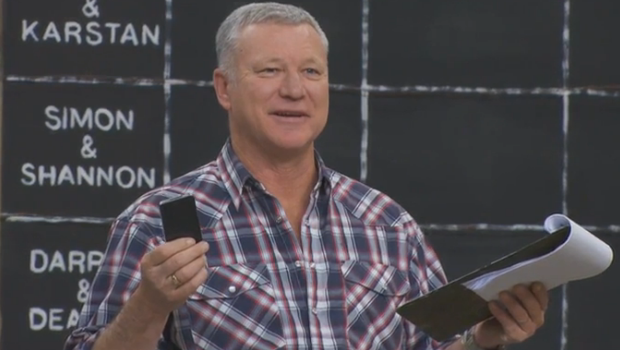 “They spend an hour in each room and we only get to hear a two minute spill of what they think, we never even get to see them (the judges), so I wanted to know more of their feedback, but it was mainly to do something cheeky to see what they’re saying and then go from there. I don’t think when I do stuff stupid things. It wasn’t to get the upper hand, I’m not that clever, I’m not the sharpest tool in the shed.”

“I did the walk of shame out to Scotty to get the phone and he said I’m not angry, I’m just disappointed, which is way worse”.

Like disappointing a parent. That IS the worst. **cringe**